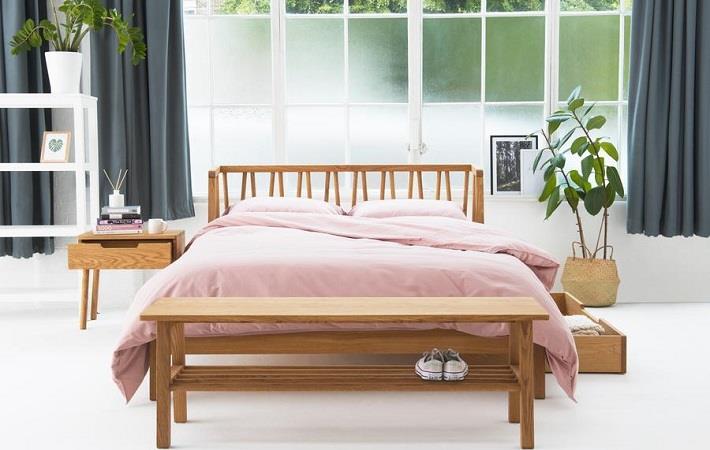 Pic: Eve Sleep
Eve Sleep, a direct-to-consumer sleep wellness brand operating in the UK, Ireland and France, has announced interim results (H1) for the six months period ended on June 30, 2020. Revenue for H1 FY20 declined 5 per cent to £12.2 million (H1 FY19: £12.9 million). Company incurred a loss for the period of £1.3 million (H1 FY19: £6.6 million).
“Eve has benefitted significantly from the accelerated switch to online, the temporary closure of high street retailers, and the recent increased consumer investment in the home, which, combined with the hard work on the rebuild strategy, has allowed us to see the fruits of our labour a little sooner than we anticipated,” Cheryl Calverley, CEO of Eve Sleep, said in a press release.
Gross profit for the period grew marginally to £6.8 million (£6.7 million). However, operating loss was of £1.3 million (£6.6 million).
Revenues in UK & Ireland for H1 FY20 came down to £9.9 million (£ 10.2 million). The contribution from non-mattress sales held firm at 22 per cent, reflecting the decision in the period to focus investment on mattresses.
French revenues fell to £2.4 million (£2.8 million). The French market experienced the same broad trading trends during the period as UK & Ireland, though the acceleration in sales post lockdown has not been as marked as UK, largely due to the business being at an earlier stage in the development of its brand and customer experience.
“The focus now is on building towards a longer-term growth plan as we draw closer to our goal of securing a base as a sustainable, profitable business. We do not expect this to be easy, and 2021 like 2020 may well bring both challenges and opportunities as economies shift, consumers reset, and competitors rebuild,” Calverley said.