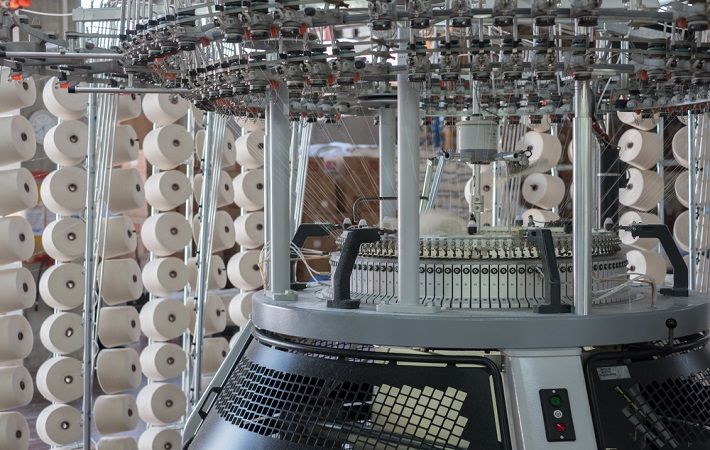 Deliveries of new short-staple spindles, open-end rotors, and long-staple spindles dropped by 48 per cent, 27 per cent, and 46 per cent, respectively. The number of shipped draw-texturing spindles declined by 30 per cent and deliveries of shuttle-less looms shrunk by 16 per cent. Shipments of flat knitting machines contracted by 53 per cent, while shipped large circular machines marked the exception with a 13 per cent growth. The sum of all deliveries in the finishing segment also dropped by 17 per cent on average, the Switzerland-based organisation said in its report.

The total number of shipped short-staple spindles decreased by about 3.3 million units in 2020 to a level of 3.63 million. Most of the new short-staple spindles (88 per cent) were shipped to Asia & Oceania, where delivery decreased by 50 per cent. While levels stayed relatively small, Europe saw shipments increasing by 76 per cent (mainly in Turkey). The six largest investors in the short-staple segment were China, India, Turkey, Pakistan, Bangladesh, and Uzbekistan.

422,000 open-end rotors were shipped worldwide in 2020. This represents 151,000 units less compared to 2019. 83 per cent of global shipments went to Asia & Oceania where deliveries decreased by 32 per cent to 351,000 rotors. Turkey and Pakistan were the world’s second and third largest investors in open-end rotors after China and saw investments surging by 290 per cent and 42 per cent, respectively. China, India, Uzbekistan, and Brazil, the world’s first, and fourth to sixth largest investors in 2020 decreased investment by 30 per cent on average.

Global shipments of long-staple (wool) spindles decreased from about 40,000 in 2019 to nearly 22,000 in 2020 (down 46 per cent). This effect was mainly driven by a fall in deliveries to Asia & Oceania with a decrease in investment of 75 per cent. 80 per cent of total deliveries were shipped to Iran, Turkey, and Italy.

Global shipments of single heater draw-texturing spindles (mainly used for polyamide filaments) decreased by 36 per cent from nearly 26,000 units in 2019 to 16,000 in 2020. With a share of 89 per cent, Asia & Oceania was the strongest destination for single heater draw-texturing spindles. China, Japan, and Taiwan were the main investors in this segment with a share of 63 per cent, 9 per cent, and 8 per cent of global deliveries, respectively.

In the category of double heater draw-texturing spindles (mainly used for polyester filaments) global shipments decreased by 30 per cent to a level of 325,000 spindles. Asia’s share of worldwide shipments remained stable at 90 per cent. Thereby, China remained the largest investor accounting for 78 per cent of global shipments.

In 2020, worldwide shipments of shuttle-less looms decreased by 16 per cent to 112,000 units. Shipments in the categories “air-jet” and “rapier and projectile” fell by 3 per cent to 29,337 units and 15 per cent to 21,542, respectively. The deliveries of water-jet looms decreased by 21 per cent to 61,483. The main destination for shuttle-less looms in 2020 was Asia & Oceania with 94 per cent of all worldwide deliveries. 98 per cent, 93 per cent, 81 per cent of global water-jet, air-jet, and rapier/projectile looms were shipped to that region. The main investor was China in all three sub-categories. Deliveries of weaving machines to this country cover 74 per cent of total deliveries.

Global shipments of large circular knitting machines grew by 12 per cent to 30,231 units in 2020. Asia & Oceania region was the world’s leading investor in this category with 81 per cent of worldwide shipments. With 62 per cent of all deliveries (i.e.15,980 units), China was the favoured destination. India and Turkey ranked second and third with 2,433 and 2,381 units, respectively.

In 2020, the segment of electronic flat knitting machines decreased by 52 per cent to around 66,000 machines. Asia & Oceania was the main destination for these machines with a share of 77 per cent of world shipments. China remained the world’s largest investor with a 38 per cent share of total shipments despite a 74 per cent decrease in investments. Shipments to China dropped from about 69,000 units in 2019 to 17,000 units in 2020.

In the “fabrics continuous” segment, shipments of sanforizers / compacters grew by 75 per cent. All other subsegment either remained stable or shrunk. Since 2019, ITMF estimates the number of shipped stenters non-reported by the survey participants to inform on the global market size for that category. The market for stenters is expected to have been stable since 2019 and thus deliveries must have reached 1,731 units in 2020.

In the “fabrics discontinuous” segment, the number of jigger dyeing / beam dyeing shipped dropped by 8.5 per cent to 529 units. Deliveries in the categories “air jet dyeing” and “overflow dyeing” respectively decreased by 18 per cent and 21 per cent in 2020.