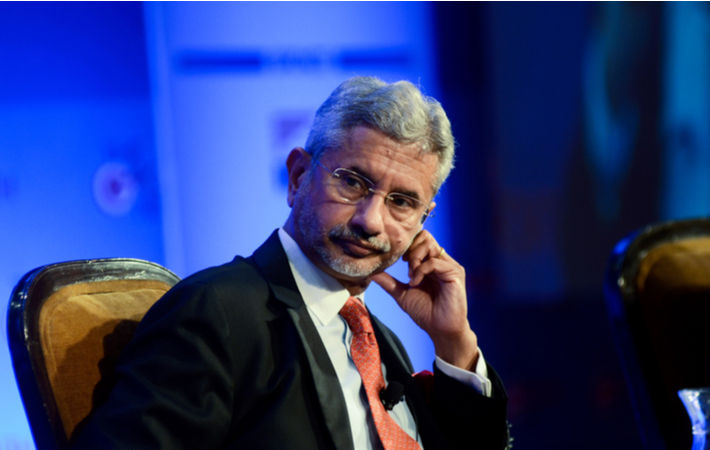 S Jaishankar. Pic: Shutterstock/Naveen Macro
India, the United States, the United Arab Emirates and Israel recently sat down for their first ‘quadrilateral’ meeting on October 18, paving the way for a different geopolitical equation with closer cooperation on trade, technology, big data and maritime security and with the objective to generate synergies beyond government-level cooperation.

The new grouping is termed an international forum for economic cooperation. Israeli foreign minister Yair Lapid and Indian external affairs minister S Jaishankar joined the meeting from Jerusalem, while the others attended virtually.

“The three of you are among the closest relationships we have, if not the closest.” He added, “I think it is very clear that on the big issues of our times we all think very similarly and what would be helpful would be if we could agree on some practical things to work upon,” Jaishankar told the meeting.

India, the United States, the United Arab Emirates and Israel recently sat down for their first 'quadrilateral' meeting on October 18, paving the way for a different geopolitical equation with closer cooperation on trade, technology, big data and maritime security and with the objective to generate synergies beyond government-level cooperation.

“A fruitful first meeting with Israeli APM and FM@- YairLapid, UAE FM@ABZayed and US Secretary of State [Antony Blinken] @SecBlinken this evening,” he tweeted after the meeting.

“Around this virtual table, there is a unique set of capabilities, knowledge and experience that can be used to create the network that we all want to see created,” Lapid was quoted as saying by a news agency.

“I think the word we’re looking for here is synergy, because this is what we’re going to try and create starting with this meeting. Synergy that will help us work together on infrastructure, digital infrastructure, transport, maritime security and other things that preoccupy us all... The key to success is how quickly can we move from ‘government-to-government’ to ‘business-to-business’,” he added.

The group discussed the possibility of working together on joint infrastructure projects. The meeting also deliberated on each country appointing a senior level bureaucrat to be part of a joint working group to materialise these decisions. All four ministers promised to meet in person during the Dubai Expo in the coming months.

US state department spokesperson Ned Price in a statement said Blinken and his three counterparts discussed expanding economic and political cooperation in West Asia and Asia. “Blinken and the ministers also discussed people to people ties in technology and science, and how to support global public health in relation to the COVID-19 pandemic,” the statement said.

In his remarks, Blinken described Israel, the UAE and India as three of ‘our most strategic partners’ and said that by “bringing friends together in new ways, we are making these partnerships even greater than the sum of their parts”.