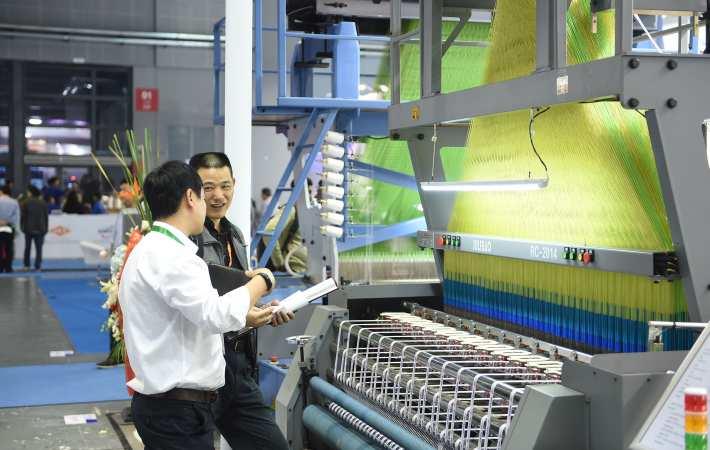 Courtesy: ITMA Asia + CITME 2016
Featuring the largest showcase in the series since its launch in 2008, the recently concluded ITMA Asia + CITME 2016 textile machinery exhibition received a very strong response from visitors. By the end of the five-day show on October 25, the fifth combined showcase registered a visitorship of over 100,000 from 102 countries and regions.

In terms of visitor numbers, nearly 80 per cent of them were from mainland China. Of the remaining 20 per cent, the highest number of visitors was from India, followed by Japan, Korea, Taiwan, Indonesia and Bangladesh.

A total of 1,673 exhibitors from 28 countries and regions participated in the exhibition, which covered over 170,000 square metres of gross exhibition space. These exhibitors commented very favourably on the high quality of professional and trade visitors attending the show.

âWe are delighted that this was our largest show since its launch back in 2008. The majority of our visitors were serious buyers, and as a result our exhibitors are very happy with the overall quality. We are looking forward to another successful presentation of the next combined show in 2018,â said Fritz Mayer, president of Cematex, the European committee of textile machinery associations.

Wang Shutian, president of China Textile Machinery Association (CTMA), agreed: âThe combined show continues to be a 'must' for textile machinery manufacturers and their customers, and we are delighted to present the very best technologies from both east and west to Chinese and other Asian buyers.â

Taking advantage of latest information technology, the show organisers provided some new services to visitors, who could download an interactive map to navigate the exhibition halls, and were also given the option of registering and paying for their badges via WeChat, a popular mobile app in China.

The next combined show will be held at the National Exhibition and Convention Centre (Shanghai) from October 26-30, 2018 and will be organised by BJITME, and co-organised by ITMA Services. (RKS)