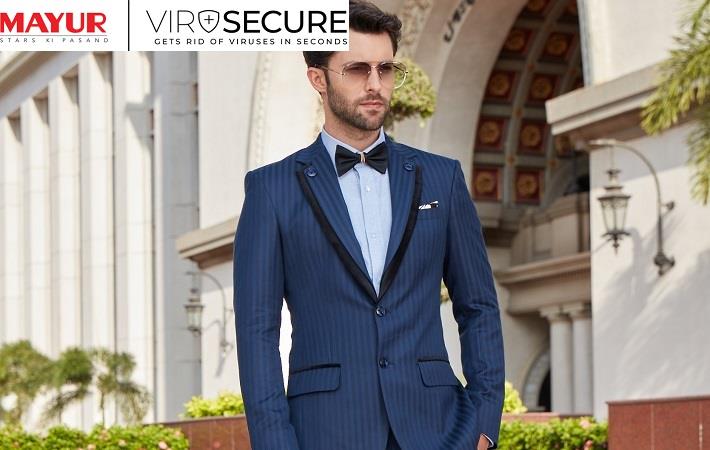 Pic: RSWM / Mayur ViroSecure
ViroSecure, the new anti-viral fabric range from Mayur, has been certified by Bureau Veritas to have resistance against the Influenza A virus, commonly known as the H1N1 virus that causes Swine Flu. Made using HeiQ’s latest technology HeiQ Viroblock, the new fabric range has already been tested to be effective against SARS-CoV-2, among other microbes.

The Mayur ViroSecure range was launched earlier in June this year and it has been designed keeping in mind the current global situation in which safety and health are primary concerns for one and all. The India-based company has joined hands with Switzerland-based textile innovation firm HeiQ to make the state-of-the-art and secure fabric range.

With HeiQ Viroblock antiviral and antibacterial properties, the Mayur ViroSecure fabric gets the ability to reduce the H1N1 virus by 99.99 per cent. H1N1 is a strain of enveloped virus, so is the COVID-19 causing virus SARS-CoV-2. HeiQ Viroblock was designed to target enveloped viruses, using a cosmetic grade vesicle component to deplete the viral membrane (i.e. the “envelop”) and silver ions attack the core of the virus and destroy it rapidly.

The latest ISO 18184 test on the fabric has been conducted by Bureau Veritas, a Paris-headquartered company that is known to have specialisation in testing, inspection and certification of products from a range of sectors. The ISO 18184 is a test that is conducted to determine the antiviral activity of various textile products including knitted and woven fabrics, fibres, braids, yarns, among others.

Prior to this, HeiQ Viroblock treated polyester fabric was also tested by HeiQ at the Peter Doherty Institute for Infection and Immunity in Melbourne, Australia (Doherty Institute).

"Most viruses, including the SARS-CoV-2 and H1N1, are known to persist on a variety of surfaces including fabrics. However, no other surface is as close in proximity with people as their clothes. During the on-going pandemic, this has been a cause of concern for scores of people across the globe. By adopting HeiQ Viroblock technology and getting certifications from prestigious organisations like Bureau Veritas and the Doherty Institute, Mayur has attempted to cater to the needs of people who are trying to be vigilant in order to keep themselves safe," said Shah.