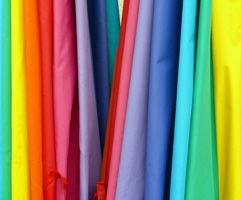 Textiles contributed US$ 621.8 million or 76 percent of the overall US$ 818 million increase in Pakistan’s exports during the first ten months of the current fiscal year over the corresponding period of previous fiscal, according to the Economic Survey of Pakistan 2012-13.
The report released by the Ministry of Finance said the monthly exports for July-April 2012-13 averaged US$ 2.019 billion, against last year’s average of US$ 1.933 billion, Pakistan’s news agency APP said.
Pakistan’s exports are highly concentrated in few items, with cotton and textiles being one of them.
In fact, the cotton and textile industry alone accounted for 51.4 percent of Pakistan’s total exports during the first nine months of 2012-13, the report said.
Textiles was also one of the categories that registered a decline in imports during July-April 2012-13, the report added.
According to the Government report, Pakistan’s economy on an average grew at 2.94 percent since 2008-09. However, “During FY12 and FY13 the power shortage became so severe that it wiped out 2 percent from the country’s GDP.”
“Per Capita Income in dollar terms grew at a nominal rate of 3.4 percent in 2012-13 and increased to US$ 1,368 in 2012-13,” states the report.