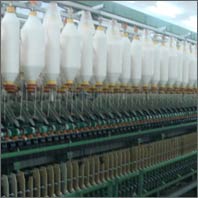 The National Assembly, the lower house of Pakistan’s Parliament, has approved four demands for grants of Pk Rs. 6.552 billion for Textile and Commerce divisions.
The demands of the two divisions were put before the house by Finance Minster Muhammad Ishaq Dar, Pakistan’s news agency APP reported.
There were about 71 cut motions put forward by the Opposition, but all were rejected.
During the debate on approval of grants, Tehreek-i-Insaf’s Shehryar Afridi said there should be more training opportunities so that entrepreneurs could take initiatives, explore new markets, and thereby increase their exports. He urged the Government to take more steps for promotion of trade.
Another legislator, Khwaja Sohail Mansoor, said the Government’s policies should be aimed at protecting the local textile industry. He added that the trade policies should be framed by taking into account the supply and demand situation in the country.
Dr. Azra Afzal suggested that measures should be taken to promote female entrepreneurs and increase exports of value-added textiles and finished goods.
Minister of State for Parliamentary Affairs Sheikh Aftab assured the legislators that the Government would take more steps to find new markets and widen the country’s export base.
He said energy shortage has affected Pakistani textiles, and the situation would improve in future.
A new Government headed by Nawaz Sharif assumed office in the Islamic Republic earlier this month.