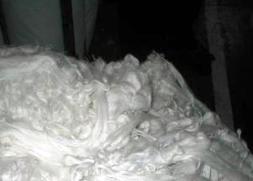 The Ministry of Textiles, Government of India, has plans to double sericulture farming area so as to achieve 32,000 tons of raw silk production, Textiles Minister K Sambasiva Rao has said.
The textile industry is the second largest sector after agriculture in India, but most of the sericulturists are small-scale farmers who own one or two acres of land, Mr. Rao said at a press conference at the Central Silk Board in Bangalore.
The Minister said the Government wants to double the farming area in the country from the existing 181,000 hectares to boost raw silk production, Deccan Herald reported.
He added that the Ministry would assist people involved in sericulture by providing them auto-reeling machines.
Monika S Garg, vice chairperson of the Central Silk Board said the board would encourage production of Eri, Mulberry, Tussar, Muga and Vanya varieties of silk.
The expansion of industrial activities has led to a decline in traditional areas where raw silk was produced, and hence the board is making use of Remote Sensing Technology, with the help of the Indian Space Research Organization, to find non-traditional areas where production of raw silk can be encouraged, she said.
Mr. Rao said the Central Government is making a provision of allotting Rs. 10 billion for the revival of the handloom sector in the country. The amount would be extended as loans at nominal interest rate for buying raw material and machines, he added.
Speaking about the fluctuation of cotton prices, the Minister said at least Rs. 200 billion would be necessary to protect the cotton textile industry from price fluctuations, and the Government is willing to provide at least Rs. 8 billion for the purpose.