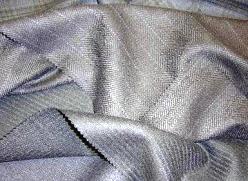 The exports of textiles and garments by the island nation of Sri Lanka during the first five months of the current year declined by 1.7 percent to US$ 1.643 billion, compared to exports of US$ 1.671 billion made during the corresponding period last year, according to the data released by the Central Bank of Sri Lanka.
In May 2013, textiles and apparel exports fetched US$ 318.9 million for Sri Lanka, showing a rise of 2.1 percent compared to exports of US$ 312.3 million made in May 2012.
During the month, Sri Lanka imported US$ 158.6 million worth of textiles, registering a drop of 18.4 percent against imports of US$ 194.5 million made in the corresponding month of last year.
From January to May 2013, Sri Lanka’s textile imports amounted to US$ 809 million, which is an 11 percent decline over imports of US$ 908.8 million made during the same period of 2012.
Textiles constitute nearly 10 percent of all Sri Lankan exports, while garments account for nearly 40 percent of all exports made by Sri Lanka.
Sri Lanka exported textiles and apparels worth US$ 3.8 billion last year and the country has set a target of achieving US$ 4.1 billion in textiles and garment exports this year.