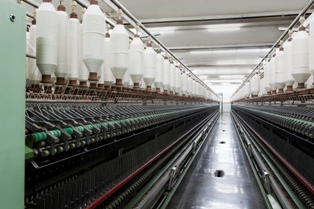 The government of the north Indian state of Uttar Pradesh is drafting a new textiles industry policy for the state.
For the purpose, the government is considering inclusion of transport subsidy to textile exporters as well as an interest subsidy on working capital to textile entrepreneurs, according to a Business Standard report.
As a part of the new textiles policy, the transport subsidy would be available for transporting textiles from factory to the ports, with an aim to boost exports, the report said.
In addition, the government would provide 7 percent interest subsidy on working capital to textile entrepreneurs, and also increase the ceiling on such subsidy from the current Rs. 5 million to Rs. 10 million.
These proposals were recently discussed at a meeting chaired by UP infrastructure and industrial development commissioner (IIDC) Alok Ranjan and attended by representatives of the textile industry, including the Northern India Textile Research Association (NITRA), and the Associated Chambers of Commerce and Industry of India (ASSOCHAM).
At the meeting, ASSOCHAM representatives said that states like Gujarat, Rajasthan, Maharashtra and West Bengal extend 7-8 percent interest subsidy to textile units in their states.
Meanwhile, the Uttar Pradesh government has announced exemption on capital investment ceiling to mega textile projects involving investment of Rs. 2 billion or higher. However, such exemption would be available on case to case basis.