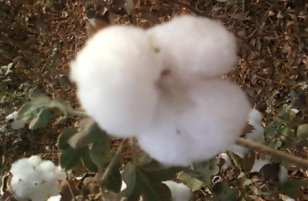 India’s cotton production is expected to reach a record high as the country has received above-average monsoon rainfall, leading to an increased planting, according to a Bloomberg report.
Quoting Agriculture Minister Sharad Pawar, the report states that India’s cotton growing areas have received very good rains and production should reach a record high, surpassing the earlier record of 35.2 million bales of 170 kg each.
In India, cotton marketing season begins on October 1 every year.
According to the Ministry of Agriculture, compared to completion of cotton sowing on 10.1 million hectares of field by August 2 last year, cotton planting in the country increased to 10.9 million hectares, as of August 2, 2013.
Recent estimates by Cotton Association of India (CAI) put India’s cotton crop for the recent season ending September 30, 2013, at 35.2 million bales, same as those registered in the previous season.
During the ongoing crop season, the total cotton supply is estimated to be 42.5 million bales, while the total demand is pegged at 27.8 million bales. Thus, the available surplus this season is estimated to be 14.7 million bales.
In view of the available surplus, earlier this month, the Central Government allowed export of cotton by The Cotton Corporation of India Ltd., a Public Sector Undertaking under the Ministry of Textiles, during the current cotton season 2012-13 under Tariff Item HS code 5201 & 5203.