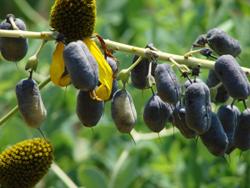 Wearing particular colours might not just be good for your mental health but could also boost the body as it absorbs natural dyes, suggests work by a University of Derby researcher.

But Dr Kate Wells, Senior Lecturer in Textiles at the University of Derby is investigating whether garments dyed using traditional, natural colourings can directly improve physical wellbeing, as minute amounts are absorbed through the skin of the wearer. Her research has just been published in the Journal of the International Colour Association and was presented at the 12th International AIC (Association of International Colour) Colour Congress, held in Newcastle upon Tyne last month (July).

It is also one of the many pieces of research to be featured in the University of Derby's 2013 Research Review publication, just published. The annual review covers the fascinating research currently being pursued at the University in science, arts, business and many other areas.

Kate's research points out that many of the plant extracts once commonly used to dye clothing - such as indigo or woad (blue), turmeric (yellow) and henna (red) - would also have been used in traditional medicines.

She is looking at the possibility that, by wearing naturally dyed cloth next to the skin, people might directly absorb health-improving extracts.

Kate said: "It's an area that's not really been studied before which is surprising given that a dye like indigo appears in many different countries and across cultures. It is extracted from different plants through a process that is steeped in myths, superstitions and religious rituals, and which evolved over centuries.

"Around the world indigo was extracted from a variety of plants. In Europe it was the flowering plant isatis tinctoria (woad), in India indigofera tinctoria (indigo), in China and Japan it was polygonum tinctorium (Japanese indigo, a type of knotweed), and in West Africa the vine Ionchocarpus cyanescens.

"With people's interest now in handmade and sustainably made clothing, there is renewed interest in natural dyes. Woad is again being commercially farmed in England and to a greater extent in France, alongside other natural dyes. These are also being used in some cosmetics."

Kate's colour research is part of her larger body of work into 'slow textiles', focusing on sustainable and ethical production methods which produce unique clothing and garments.