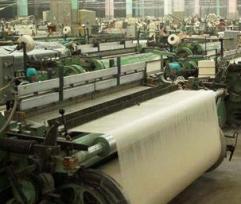 The proposal to bifurcate the southern Indian state of Andhra Pradesh into two separate states (provinces)—Telangana and Seemandhra—would bring the textile industry of the state apart.
It is because the bifurcation of the existing state would result in one state becoming a dominant cotton producer and another being a hub for textile mills, according to a report by The Hindu Business Line.
The Telangana region of the state currently accounts for nearly 60 percent of the state’s overall cotton production, while the Rayalaseema and coastal Andhra regions have most of the textile mills.
In case the bifurcation becomes a reality, textile mills might have to pay an additional tax for buying cotton from the other new state, thus lowering their margins, the report states.
At present, Andhra Pradesh is the third largest cotton producer in the country, with annual output of around 7 million bales.
Out of the 150 textile mills in the state, only about 50 of them are located in the cotton growing Telangana region, while the remaining are in the coastal Andhra region.
During the last ten years, more than 2.1 million new spindles were installed in the state, thus increasing the total capacity to 3.5 million spindles.
However, if the proposed goods and services tax (GST) is implemented, there will be uniformity in taxes and textile mills in coastal Andhra will not have to spend an additional amount for buying cotton from the Telangana region.