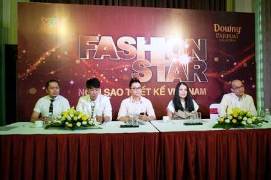 ‘Fashion Star - Vietnam Star of Design 2013’, the Vietnamese version of popular American reality television series Fashion Star, scheduled to start on October 19, 2013, aims to extend a professional platform for young and upcoming fashion designers to showcase the best of their designs and collections in an impressive way.
The programme would allow designers to earn recognition, better understand the market trend to create designs better suiting the consumer likings, and thus enhance their competitiveness.
The show brought to Vietnam by Vietnam Television, Cat Tien Sa Company and P & G Vietnam’s popular fabric care brand Downy, would host a 10 episode competition that would be aired on channel VTV3.
In each episode, contestants would design ready-to-wear and haute couture pieces in lines with the themes and materials decided by the organizers.
The show differs from other fashion shows in the manner that all the designs presented by contestants on the show would be auctioned and acquired right on the stage by the three investors, who represent three prestigious fashion brands.
The fashion brands who will acquire the designs immediately after the broadcast, will then produce and market clothing with those designs, so viewers will get a chance to buy the outfits they love.
After two preliminary rounds, the jury has shortlisted 12 contestants who would compete in the show. The 12 names are Pham Dang Anh Thu, Nguyen Duc Duy, Dung Pham Ha, Ha Nhat Tien, Tang Thanh Cong, Nguyen Truong Duy, Pham Huu Sang, Ngo Hoang Kha, Khanh Ngo Van, Quang Nhat Quang Trong, Ha Duy and Ta Ngoc Tuyen.
The winners would qualify for prizes and contracts totalling to US$ 1.5 billion with a short course in design at the Institute of French Fashion. Also, the contestants in the program can receive a scholarship of $ 300 million from jury Minh Hanh, while the top three contestants would also win a sponsored trip to Paris, by Downy.