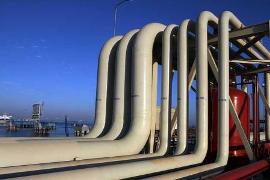 courtesy: Shana News Agency
The second phase of the 1,500 km West Ethylene Pipeline’s construction in western Iran is close to completion and would begin operations by November this year.
The construction of the section of the pipeline connecting from Kermanshah to Sanandaj, in western Iran, has been completed and its hydrostatic tests have also been conducted, Iranian news agency, Shana reported.
The construction of sections connecting from Sanandaj to Saqez, Saqez to Miandoab and Miandoab to Mahabad are close to completion.
The Construction of the pipeline started in 2002, under the leadership of then Petroleum Minister Bijan Namdar Zanganeh.
The pipeline stretching from Assaluyeh in southern Iran, to West Azarbaijan province in north-western Iran, is considered to be the longest ethylene transfer pipeline in the world, and is structured to transfer 150,000 tons of ethylene to Tbriz Petrochemical Plant. It would also cater to feedstock requirements of Lorestan, Mahabad and Kurdestan petrochemical plants.
Ethane obtained from South Pars would be processed into ethylene at the Kavian Petrochemical Plant, which would then be injected into the West Ethylene Pipeline.
The pipeline would pass through 11 provinces including Fars, Khuzestan, Lorestan, Kohguiluyeh Boyer Ahmad, Chahar Mahal va Bakhtiari, Kurdstan, Kermanshah, Ilam, Hamedan, East Azarbaijan and West Azarbaijan.
Around 14 petrochemical plants, which are either operational or being constructed with an investment of US$ 8.5 billion, also lie on the route of the pipeline.
Last year, former President Mahmoud Ahmadinejad inaugurated the first phase of the pipeline which stretches 1,200 km.
Iran is the second biggest petrochemical producer in the Middle East, and contributes around one-fourth of the region’s petrochemical output.