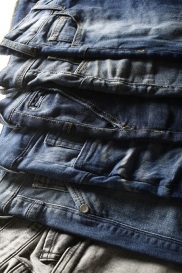 Turkey has emerged as one of the influential producers of denim fabrics due to its innovation and research for quality excellence, according to industry representatives.

In an interview with fibre2fashion, Mr. Thomas Dislich, director of Brazil-based Vicunha, one of the largest manufacturers of denim fabric, said, “We can cite the example of Turkey for being increasingly influential denim fabric producer.”

In a similar vein, Mr. Marco Lucietti, marketing director of Turkey-based ISKO, an innovative denim fabric producer, says, “Turkey is for sure making giant steps, mainly thanks to an approach deeply oriented towards innovation and research for quality excellence.”

However, the weight of the “made in” concept still plays a leading role when it comes to reputation and value perception of a brand, he adds.

“Japanese and Italian denims have become niche items. They have a high value for the artisanship, mystique and savoir-faire,” he informs.

A recent research report by Global Information Inc says the global denim market is projected to reach US$ 56 billion by 2018. The report states that although the US was the largest producer of denim few decades ago, Asian countries, including China, India, Bangladesh, Pakistan and Turkey have now edged it aside.