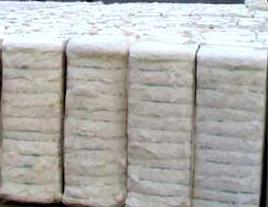 A Group of Ministers (GoM) would look into the Ministry of Textile’s proposal to impose a 10 percent duty on export of cotton beyond a declared/revised exportable surplus, Agriculture Minister Sharad Pawar has said.
The Cabinet has not taken any decision on the issue of levying 10 percent export duty and the proposal has been referred to a GoM, which will look into all aspects, Mr. Pawar told PTI, according to a Business Standard report.
In addition to the Minister of Agriculture, the GoM would comprise of Textiles Minster K Sambasiva Rao and Commerce Minister Anand Sharma and others.
Last week, the Cabinet Committee on Economic Affairs (CCEA) deferred a decision on the proposal to impose a 10 percent export duty on cotton beyond a declared exportable surplus.
At present, once the export contracts are registered with the Directorate General of Foreign Trade (DGFT), there is no restriction on the quantity of shipment of cotton, which also does not attract any export duty.
Under the Cotton Distribution Policy, the Textiles Ministry is recommending imposition of a 10 percent ad valorem export duty at freight on board (FOB) or Rs. 10,000 per ton, whichever is less, for all cotton exports exceeding the declared/revised exportable surplus.
The proposal is aimed at putting in place a stable, transparent, production and tariff driven cotton market to balance the interests of stakeholders in the entire value-chain.