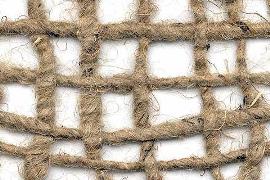 Bangladesh’s central bank, Bangladesh Bank, has announced creation of a Tk 1 billion refinance fund for the country’s jute sector.
Addressing a press conference, Bangladesh Bank’s deputy governor SK Sur Chowdhury said the fund would be released this year itself and loans would be provided to jute traders at a single-digit interest rate by participating banks.
The jute refinancing fund has been launched in response to the request from three ministries, the Ministry of Finance, the Ministry of Textiles and Jute, and the Ministry of Agriculture.
A committee headed by Mr. Sur Chowdhury has already been constituted to administer the refinancing fund. The committee includes representatives from the three ministries and SM Moniruzzaman, executive director of the Bangladesh Bank governor secretariat, would be the member secretary.
Bangladesh’s jute sector currently suffers capital crunch as high interest rates discourage the jute traders from borrowing money.
The fund is aimed at developing Bangladesh’s jute sector so that farmers get fair price for their jute.
Under the scheme, banks would extend loans to raw jute traders, wholesalers and jute mill owners.
Bangladesh’s export earnings from jute and jute goods in the fiscal year 2012-2013, ending June 30, 2013, showed an increase of 6.54 percent over the previous year to US$ 1.01 billion, according to the Export Promotion Bureau (EPB) data. Of this, the export of jute bags and sacks increased by 28.16 percent year-on-year to fetch US$ 237.42 million in foreign exchange for Bangladesh.
The increase in earnings from jute and jute good exports from Bangladesh last fiscal was due to a rise in demand of natural fibre-made products across the world, as a result of the ban on plastic bags implemented in many countries.