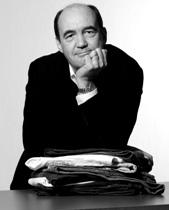 "The desire to read in Brazil is growing," according to tagesschau.de. Brazil was the host country of this year's Frankfurt Book Fair. The report also stated that the importance of literature in the country has increased in the last few years. Ten years ago, the average Brazilian only read one book per year. Now they read four books per year.

The Brazilian denim giant VICUNHA is also focused on promoting reading as part of its corporate social responsibility activities. With its self-initiated reading program, VICUNHA promotes the pleasure of reading among its 6,000 employees. Since February 2012, the program "World of Reading" has attracted 800 employees, who have read about 1,000 different titles in all sorts of genres.

"The program does not seem to have increased the number of employees who read, but every individual reads significantly more books than before. We call that a success," concludes Thomas Dislich, Managing Director of VICUNHA Asia and Europe and trade accounts. According to official figures, Brazil has about a 10 percent illiteracy rate, although the actual number is probably much higher.

The denim giant from Brazil supports corporate responsibility. In addition to the sustainability project BCI (Better Cotton Initiative), which stands for fair international conditions for human and ecological resources in denim production, VICUNHA maintains numerous CSR activities for its employees. These range from pensions and health care to education.

To achieve their goal of promoting reading, VICUNHA maintains internal libraries and works with the state government, which provides mobile libraries. VICUNHA also promotes the campaign with organized reading events. Tablet computers serve as incentives to participate in the program. These are awarded as prizes after a certain number of books are read. Participants get a reading pass that is filled like a coupon book, based on activities completed and the number of books read in a certain amount of time.

When the first reading pass is filled, the employee receives an eco-friendly bag with a T-shirt and a pin. With the second full reading pass they receive a bonus of 30 reals (about 10 euros) that goes towards a book purchase. A prize of a tablet computer is awarded for the third and final filled reading pass. Only one reader reached this goal last year.