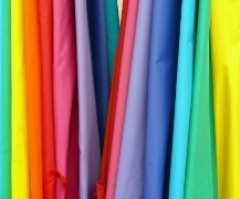 While the prices of conventional cotton have more than doubled...