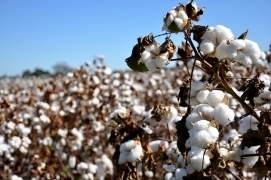 Cotton imports in Turkey has been on a continuous rise, owing to the absence of any measures against the import of cotton in the country, said Turkey Union of Chamber of Agriculture (TZOB) chairman, Shams Bayraktar.
According to a statement issued from TZOB, the chairman said the country imported 613,000 tons of cotton in 2012, which is a 442.5 percent increase compared to the 113,000 tons of cotton imported in 1995.
Mr. Bayraktar said the cotton sector is one of the most strategic sectors in the country, as it facilitates the textile and apparel sector of Turkey. However, the positive and negative development in the cotton sector is highly influenced by industry and trade policies as well as world markets, he added.
The TZOB official said cotton production in the country has also been declining consistently, in 2012, cotton farmers in the country 2.32 million tons of cotton, which is expected to decline in 2013 harvest period by 2 to 1.7 percent year-on-year.
It is necessary to increase production of cotton as well as the area planted for cotton, by helping the farmers re-direct their harvest methods in order to increase yields, he added.
According to Mr. Bayraktar, the input prices, labor costs and tax rates applied to agricultural goods and services is fragmented and scattered which increases the costs of production and adds to the problems faced by cotton growers.
The TZOB official urged that it was necessary to take measures for supporting Turkish cotton growers in order for them to compete with international markets.