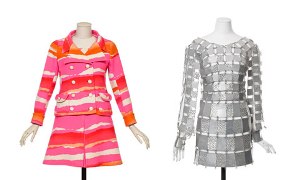 A sumptuous collection of nearly 100 haute couture pieces, crafted by some of the most iconic names in the French fashion industry, will travel to an Australian visual art museum for a major international exhibition next year.
Sourced from the Musée des Arts Décoratifs, Paris, the spring 2014 and summer 2015 exhibit will chronicle the journey of fashion from the post World War II era to present times.
Scheduled to be held at the Art Gallery of South Australia, Adelaide, the event will highlight the rarest masterpieces from the history of fashion, preserved in the Parisian museum’s archived collections.
Slated to take place sometime in late October 2014 to January 2015, the display will feature exquisite pieces designed by the likes of Cristobal Balenciaga, Gabrielle Chanel, Yves Saint Laurent, Christian Lacroix and Christian Dior.
Dubbed as ‘Fashion Icons: From the collection of the Musée des Arts Décoratifs, Paris’, the exhibition will showcase the lavish creations of 1950s, futuristic fashions of 1960s, unrestraint works of 1970s, extravagance of 1980s and the subdued minimalism of the 1990s.
Among the important attractions of the display will be a selection of exotic ensembles from Dior’s relaunched haute couture line New Look in the year 1947.
The exhibit will be curated by the Musée des Arts Décoratifs’ Chief Curator of 20th and 21st Centuries Fashion and Textile, Pamela Golbin.