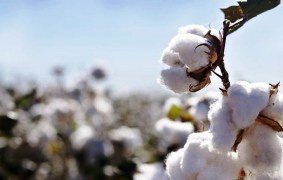 The National Institute of Defense of Competition and Intellectual Property Protection (INDECOPI) in Peru has announced that there is no requirement for applying countervailing measures on imports of cotton from the US, as damage to the national cotton production was caused by other factors and not imports from the US.
According to a statement issued by INDECOPI, after conducting a full and thorough investigation, the Committee on Antidumping and Subsidies (CFD) of INDECOPI has come to a conclusion that legal requirements are not met with to apply countervailing measures on imports of cotton from US, under the Grant Agreement of the World Trade Organization (WTO).
As per the WTO agreement, compensatory measures could only be applied after verification that imports into a country at subsidized prices by the Government of the country where the product is manufactured, is directly causing damage or affecting the domestic industry or manufacturers of the same product in the country that imports. If it is determined that damage was caused by factors other than imports, the countervailing measures could not be imposed.
According to the investigation on imports of US cotton conducted by the INDECOPI, it was found that the domestic industry of Peru suffered material injury during the 2006-2011 period. However, it was determined that the damage was not due to the subsidy provided by the US Government on imports of cotton, but other factors such as the depreciation of dollar during the period and the elimination of tariffs in 2009.
With this conclusion, the INDECOPI has officially ended the investigation that began in June, 2012, in compliance with supervisory role exercised constantly to ensure that markets function without distortions, in accordance with the agreements and international commitments made by Peru.
In August 2013, the INDECOPI had suggested a 10 percent countervailing duty on US cotton imports, as well as antidumping measures on imports of Chinese clothing, as the domestic apparel manufacturers and cotton producers in Peru were adversely affected by these imports.
However, the Association of Exporters (ADEX) in Peru, the National Society of Industries (SNI) and the Foreign Trade Society of Peru (ComexPeru) opposed the imposing of these measures stating the countervailing duty on US cotton imports would affect Peruvian garment exports as well as the trade and tariff policy of the country.