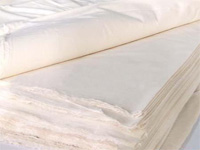 The Government of India is committed not to sell the loss-making central public sector enterprise, the National Textile Corporation (NTC), Minister of Textiles Santosh Kumar Gangwar has said.
Addressing a conference in New Delhi, Mr. Gangwar said that instead of selling NTC, the Government plans to revive it by fuelling money earned by disposing of the textile firm’s land valued at about Rs. 17.5 billion in Uttar Pradesh.
The Minister said the NTC owns land at 11 places in Uttar Pradesh and another 35 places are owned by the British India Corporation Ltd. (BICL), another state-owned textile mill.
He said that he has already discussed the issue with Uttar Pradesh Chief Minister Akhilesh Yadav, and land valued at Rs. 17.5 billion of NTC and Rs. 20 billion of BICL would be sold off to generate revenue.
Speaking at the conference, Textiles Secretary Sanjay Kumar Panda said most of the NTC/BICL land is leased by the Uttar Pradesh state government, which has tentatively agreed to help the Ministry in disposing the land.
Mr. Gangwar is scheduled to officially launch the Pashmina Promotion Programme (P-3) in Ladakh on October 8, 2014. In his Budget speech earlier this year, Finance Minister Arun Jaitley has announced setting aside a sum of Rs. 500 million for P-3 and a programme for the development of other crafts of Jammu & Kashmir. (RKS)