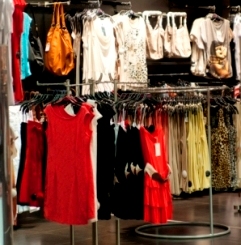 Textiles and garments made the largest contribution to the Sri Lankan export growth in September 2014, according to a press release on ‘External Sector Performance – September 2014’ issued by the Economics Research Department of the Central Bank of Sri Lanka.
“Export earnings of textiles and garments grew by 4.4 percent in September 2014 supported by a substantial improvement in exports of outerwear,” the release said.
According to the data, textiles and apparel exports from Sri Lanka fetched US$ 403.8 million in September 2014, compared to earnings of $386.9 million in the corresponding month of last year.
Textiles and garments contributed over 60 percent to Sri Lanka’s total industrial export earnings of $667.9 million in September 2014, the data showed.
On the other hand, the import of textile and textile articles by Sri Lanka registered a growth of 14.4 percent and was valued at $199.1 million in September 2014, as against imports of $174 million in the corresponding month last year.
In January-September 2014, Sri Lanka’s textile and garments exports fetched $3.658 billion, as against exports of $3.125 billion made during the corresponding period of last year, showing a surge of 17 percent. Meanwhile, imports of textiles and textile articles increased by nearly 11 percent to $1.667 billion during the nine-month period, compared to imports worth $1.502 billion made during the same period last year.
In 2013, Sri Lanka’s earnings from textile and garment exports grew by 13 percent year-on-year to $4.508 billion, while its value of imports declined by 9.7 percent year-on-year to $2.045 billion.
Meanwhile, the Government of Sri Lanka has planned to establish new garment factories in resettled villages in the Northern part of the country, with an aim to provide employment opportunities for the youth. (RKS)