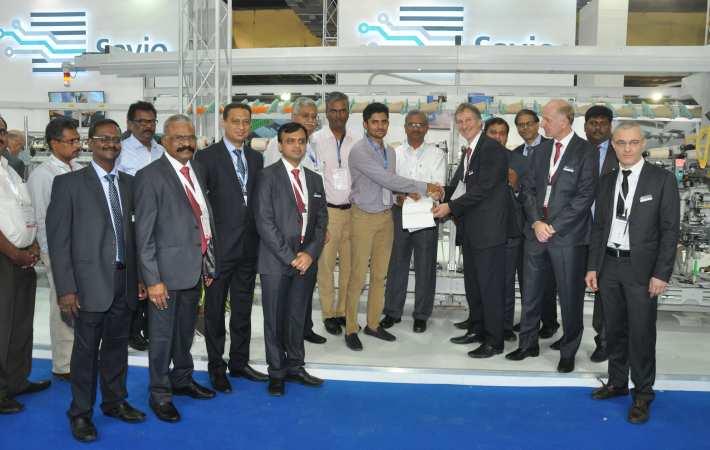 Southern India based Ramco Group has officially placed purchase order for EcoPulsarS L 90 and L 64 both with multicone layering system and with twin splicers, with the Italy based Savio at the ongoing six-day textile machinery exhibition India ITME 2016 in Mumbai. Savio has a long association with the group, which operates 450,000 spindles at its 15 units.

Ramco Group is known for high quality yarn ranging from Ne 24 to Ne 340 for unique shirting applications with value addition. Representatives of the group visited the stall of winding and twisting machines manufacturer Savio at the exhibition.

âDuring the visit, Ramco Group director Abhinav handed over the purchase order for EcoPulsarS L 90 and L 64 both with multicone layering system and with twin splicers, an exclusive and unique combination of the technology for the first time,â Shrikant Gajabi, sales director at Savio India, told Fibre2Fashion. (RKS)