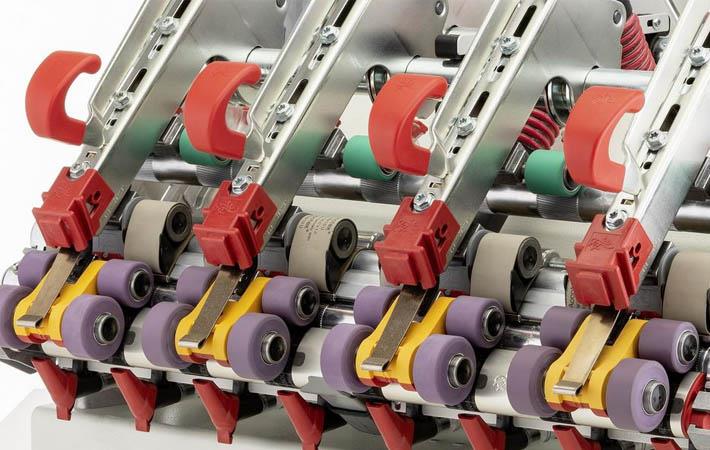 In the Machines & Systems segment, order intake fell to CHF 433.4 million, a reduction of 12 per cent as compared to CHF 490.1 million the first nine months of the previous year, Rieter said in a press release.

In the third quarter of 2018, Machines & Systems received orders worth CHF 135.7 million as against CHF 164.9 million in the same quarter previous year. In the Asian countries (excluding China, India and Turkey), especially in Vietnam, order intake increased compared to the third quarter of 2017. In China, development was stable. For Indian customers, increasing challenges in financing of orders led to a weakening of demand in the third quarter. In Turkey, demand was very low.

Order volumes in the third quarter of 2018, which totaled CHF 36.3 million, were lower than in the prior year period at CHF 38.0 million. The spare parts business developed positively. However, the lower volume in the machinery business led to a decline in installation services. In the third quarter of 2018, after sales also recorded a significant decline in order intake from Turkey compared to the previous year. After sales recorded a decline in order intake compared to the first nine months of the previous year, from CHF 115.8 million to CHF 111.3 million.

In the innovations at ITMA Asia 2018 in October 2018, Rieter focused on the systems offering and digitisation in the spinning mill.

As announced in July of this year, for 2018 as a whole Rieter anticipates that sales will be above the 2017 figure and EBIT (before restructuring costs) will be below the prior year level. Net profit is expected to be significantly higher than in the previous year, as no extraordinary restructuring charges are anticipated in 2018, the release added.

The situation Rieter’s customers are facing in some markets (rising interest rates, strong currency and/or commodity price volatility and political uncertainty) – as outlined in July 2018 – remains unchanged. Rieter believes that these challenges will continue to impact demand. (RR)