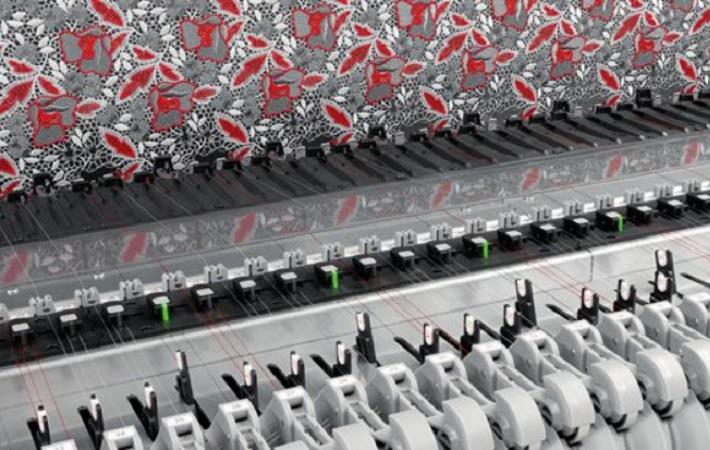 Courtesy: Saurer
Saurer Group, a globally operating group focusing on machinery and components for yarn processing, has registered an increase in its revenue in both segments—Spinning Solutions and Technologies—during the first half (H1) of 2018. Its revenue was up by 14 per cent to reach RMB 4,627 million, while its net profit rose 29.1 per cent y-o-y to RMB 409.8 million.
However, earnings per share have dropped by 16.2 per cent due to the additionally issued shares for last year’s listing on the Shanghai Stock Exchange.
In line with Saurer’s strategy, the group implemented a number of changes at organisational level during the six-month period. This includes the alignment of the organisational and legal structures. This way, Saurer’s regional centres are strengthened so that the group can serve its customers better in their own locations.
Segment-wise, Saurer Spinning Solutions grew by 11 per cent, the main drivers being pre-spinning and rotor spinning. As part of the group’s strategy to become a one-stop provider of the full bale-to-yarn product line, the pre-spinning segment was integrated into Spinning Solutions in January 2018. This product line experienced a substantial increase in demand, growing by 92 per cent, an indication that Saurer is reaping rewards from this move, the company said in a press release.
The Saurer Technologies Segment experienced growth of 31 per cent as demand for glass twisting machines continues to surge. The entrenchment of electro-mobility is a major contributor to the boom in demand for glass fibre. This material is also used in the manufacture of LCD screens and power circuit boards. Saurer’s customers in Asia, particularly in China, are working at full capacity to fulfil orders.
Region-wise, Vietnam (+145 per cent) and Bangladesh (+109 per cent) were the best performing countries in the first half of 2018. Uzbekistan, which has been one of Saurer’s major markets over the past five years, has been able to retain its high sales volumes. For the first half of 2018, China and Turkey experienced substantial growth rates of 55 per cent and 13 per cent respectively year-on-year. Taking advantage of favourable economic conditions in the US and Germany, the group has grown 73 per cent and 52 per cent respectively in these markets.
“Following a highly successful 2017, which saw the definition of Saurer’s new corporate strategy, the group is entering a phase of organisational consolidation and slowing growth rates,” said Saurer chief financial officer Jenny Lu. “Building on the exceptional growth seen in the previous financial year, we continue on our upward trajectory.”
Speaking on the China market, she said, “China, for instance, delivered excellent growth of 55%. The new production facility in Urumqi, Xinjiang Province, has supplied the first ten spinning machines, helping to meet the high level of demand. The group also inaugurated an original parts warehouse in the province. Being strategically positioned in this region, which is on the corridor connecting China to adjacent countries as part of the One Belt, One Road initiative, allows us to serve customers not just in the immediate vicinity but also in the neighbouring markets.” (RKS)