Trade wars and the textile industry 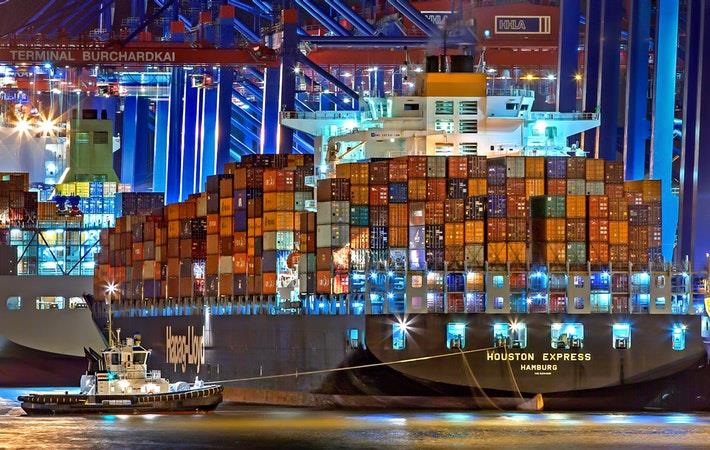 Courtesy: Julius Silver from Pexels
Multi-pronged trade wars have begun with the US administration announcing 25 per cent and 20 per cent tariffs on all steel and aluminium imports, respectively, followed by imposition of counter-tariffs by the European Union (EU), China and Canada on some US products. If these trade wars persist, it would necessitate a rework on sourcing and production strategies for textile and apparel companies in these countries, writes Rajesh Kumar Shah

Believe it or not, ‘trade war’ has become a common term this year. Unlike the usual military confrontation, trade wars are fought by taking measures to decrease the extent of trade with rival countries. However, trade wars have not appeared all of a sudden. The pitch for these was ready in 2016 during the electoral campaign by Republican presidential candidate Donald Trump.

The withdrawal of the United States from the 12-nation Trans-Pacific Partnership (TPP) within days of President Trump’s inauguration on January 20, 2017, made it amply clear that the president would do what he has been uttering. President Trump felt that by being a signatory to the TPP, the United States is giving away lot of trade advantages to other 11 countries, while it is not getting benefit to the same extent in return.

Multi-pronged trade wars have begun with the US announcing 25 per cent and 20 per cent tariffs on all steel and aluminium imports, respectively, followed by imposition of counter-tariffs by the European Union (EU), China and Canada on some US products. If these trade wars persist, it would necessitate a rework on sourcing and production strategies.#

In 2017, the total US trade deficit was $566 billion. President Trump wants to reduce this deficit as it is detrimental to the US economy — the largest in terms of nominal gross domestic product (GDP). The second argument is that prolonged trade deficit reduces competitiveness of the US economy, leading to decline in expertise and competitiveness of the US companies, and thereby loss of jobs and decline in standard of living of its citizens.

The United States, given its political, military and economic clout, would not like to lose its status as the leading global economy to China, which is the world’s largest economy by purchasing power parity, according to the International Monetary Fund (IMF). Interestingly, China accounts for 66 per cent of the total US trade deficit in goods.

To reduce the trade deficit, President Trump started taking steps one by one. He announced reworking of the North Atlantic Free Trade Agreement (NAFTA) with Canada and Mexico. Then, he imposed tariffs and quotas on imported solar panels and washing machines. In March this year, he announced that he would impose a 25 per cent tariff on steel imports and 10 per cent tariff on aluminium, which eventually came into effect from May 31.

President Trump’s so-called ‘protectionist’ measures would primarily affect its main trading partners—China, Canada and Mexico. In terms of products, consumer products, including clothing, account for more than $400 billion of the deficit. Automobiles and parts come next with a deficit of over $200 billion. But higher tariffs may not be necessarily imposed on these two product categories.

The US textile and apparel trade is heavily one-sided with Chinese goods constituting around 36 per cent of all US textile and clothing imports, according to the Office of Textiles and Apparel (OTEXA), under the US department of commerce. But, when it comes to the raw material — cotton — it is the other way.

While China is by far the leading supplier of textiles and clothing, surprisingly, US tariffs are higher on clothing imports from many other Asian countries compared to China. Garments from countries like Bangladesh, Cambodia, Sri Lanka, Pakistan and Vietnam attract higher duty in the United States compared to those from China, according to a recent study by US fact tank Pew Research Centre that analysed data from the US International Trade Commission (ITC).

Initially, the United States did not include textile and apparel products in the list of imports on which it has raised tariffs. But, the latest list of goods on which it wants to impose 10 per cent tariffs under Section 301 on imports from China includes all textile raw materials, yarn and fabric. Hence, tariffs on finished textiles and apparel at a future date cannot be ruled out.

As a retaliatory measure to the imposition of tariffs by the Trump administration, Europe has gone ahead and implemented a 25 per cent additional duty beginning June 22, 2018, on several American items, including t-shirts, singlets and other vests; shorts, trousers and breeches of cotton denim; synthetic fibres, industrial and occupational; and bedlinen of cotton.

EU commissioner for trade Cecilia Malmström termed the US step as “unilateral and unjustified decision”. She said that the rules of international trade which were developed over the years cannot be violated without a reaction from the EU. “Our response is measured, proportionate and fully in line with WTO rules. Needless to say, if the US removes its tariffs, our measures will also be removed.”

Subsequent to imposition of tariffs on steel and aluminium products, US President Donald Trump on June 15 announced tariffs of 25 per cent on $50 billion worth imports from China that contain industrially significant technologies. This includes goods related to China’s ‘Made in China 2025’ strategic plan to dominate the emerging high-technology industries that in Tump’s words, “boost China’s growth, but hurt the United States”.

Ignoring Trump’s warning of additional tariffs if China engages in retaliatory measures, China’s response was immediate with imposition of ‘equal’ tariffs on US products. “We will immediately launch tax measures of equal scale and equal strength,” the Chinese commerce ministry said in a statement. The statement urged other countries to ‘take collective action’ against what it termed as ‘outdated and backwards behaviour’ of the United States.

Canada imposed countermeasures (surtaxes) against C$16.6 billion in imports of steel, aluminium and other products from the United States beginning July 1. As per the full list of retaliatory tariffs released by Canada’s department of finance, targeted consumer products include pillows, cushions and similar furnishings of cotton; quilts, eiderdowns, comforters and similar articles of textile material containing less than 85 per cent by weight of silk or silk waste; other bedding and similar articles.

Canadian countermeasures will remain in place until the United States eliminates trade-restrictive measures against Canadian steel and aluminium products, the department of finance said on its website.

Unlike the EU and China, which were quick to retaliate, India took time to respond to imposition of US tariffs on steel and aluminium. It submitted a (revised) list of 30 items to the World Trade Organisation (WTO) on which it proposes to raise customs duties by up to 50 per cent.

The duty hike by India would have an equivalent tariff implication for the United States, and would be effective from August 4, 2018, the finance ministry said in a notification. In fiscal 2016-17, India’s exports to the United States totalled $42.21 billion, whereas it imported goods valued at $22.30 billion, thus creating a trade deficit of $19.91 billion for the latter.

For the Americans, the outcome of the trade wars would largely depend on two factors—the duration of the trade wars and how entrepreneurs turn the situation to their advantage. As cost of imported goods go up, American products would benefit from comparative price advantage.

Cotton, the main raw material for textiles, is locally available in plenty and it is up to the entrepreneurs to make good of it by venturing into production of ‘Made in USA’ garments for the domestic market. The longer the duration, greater would be the scope for US companies to set up textile/apparel manufacturing units, serve the US market and create new employment opportunities in the process.

Meanwhile, US consumers might end up paying higher price for imported items.

For Chinese textile entrepreneurs, it is time for action. First, a prolonged trade war would mean US cotton would become costlier, requiring a change in raw material sourcing strategy. Chinese mills would be forced to increase imports from other cotton exporting countries like India, Brazil, Australia and Uzbekistan.

Second, entrepreneurs would have to accelerate the process of setting up manufacturing units in other countries like Vietnam and Ethiopia. Once this is done, higher tariffs on Chinese products would not affect exports of goods made by Chinese companies to the United States, unless these countries also get embroiled in trade wars with the United States by that time. However, this would lead to loss of jobs in China.

Strategy change by EU and Canada

Both the EU and Canada have already started collecting higher tariff on some US-made clothing items. This may lead to slight switch in sourcing of ready-to-wear apparel from the United States in favour of other countries.

There is limited option for India as the United States continues to remain the largest market for its textiles and apparel. It would be beneficial for both the government and entrepreneurs to make all efforts to widen India’s export market and reduce dependence on the United States. The earlier it is done, the better. But the task is not a cake-walk and might take years to yield desired results. (WE)