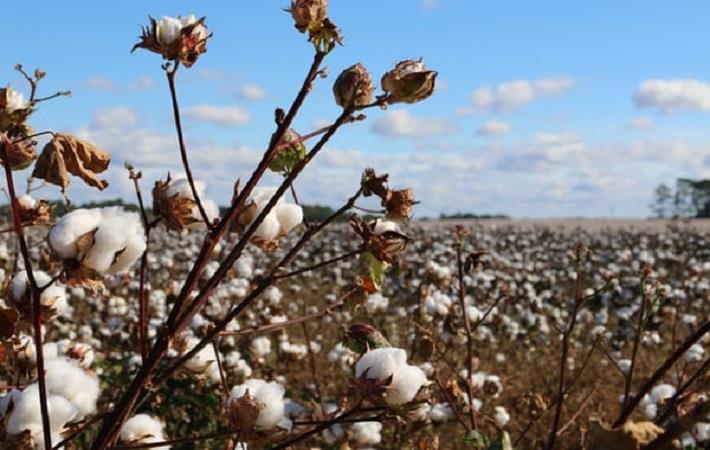 Pic: Unsplash
Global cotton production in 2019-20 is projected at 121.6 million bales, 2.5 per cent (3 million bales) above last season and the second highest since 2012-13. The global yield, however, is forecast at 765 kg per hectare (682 pounds per acre), below the last several seasons but near the 5-year average, according to the US department of agriculture (USDA).

Among the major cotton-producing countries, India and the US are forecast higher—with Brazil unchanged—while production in China, Pakistan, and Australia is lower in 2019-20. Production in India—the leading cotton producer in 2019-20—is forecast at 29.5 million bales, 14 per cent above 2018-19. Price prospects favoured cotton over other crops this season, with a record harvested area of 13 million hectares forecast. In addition, India’s yield is projected near the 3-year average at 494 kg per hectare.

For China, 2019-20 cotton production is projected at 27.25 million bales, 500,000 bales (2 per cent) below a year earlier, with both harvested area and yield slightly lower this season. While most of China’s cotton area has shifted to the high-yielding Xinjiang region now, a record yield for China of 1,761 kg per hectare occurred as recently as 2017-18. For 2019-20, though, the national yield is forecast lower at 1,720 kg per hectare.

The US cotton crop estimate for 2019-20 is estimated at 19.8 million bales (upland at 19.1 million bales and extra-long staple at 670,000 bales) based on data in the March Cotton Ginnings report. The latest estimate is 8 per cent above the 2018 crop and would be the second largest US production since 2006.

For Brazil, cotton production is projected at 13.0 million bales in 2019-20, equal to the record set last season for the Southern Hemisphere country. In 2019-20, harvested area of 1.7 million hectares is forecast—the largest since 1991-92—along with a relatively high yield of 1,665 kg per hectare. Large-scale production efficiencies and increased export prospects in recent years have enabled Brazil to become the fourth largest cotton producing country.

Pakistan’s production in 2019-20 is forecast at 6.6 million bales, 13 per cent (1.0 million bales) below a year earlier and the smallest crop there since 1994-95. Gin arrival reports support the reduced crop prospects, with Pakistan’s yield forecast at 575 kg per hectare, one of the lowest since the early 2000s.

For Australia, 2019-20 cotton production is projected dramatically lower, as drought conditions this season limited area planted. Australia’s cotton crop is forecast at only 675,000 bales, 69 per cent below the previous season and the lowest since 2007-08. Without adequate rainfall to support dryland cotton production and replenish reservoirs for the irrigated crop, Australia’s cotton area of only 60,000 hectares is expected to be its lowest since 1978-79, the USDA report said.

In its largest ever health sector support to India, the World Bank's...

To keep the medical, paramedical and other personnel engaged in...