Retail boom fuelled by IT in India and China

During the last twenty years, the global trend towards outsourcing, first for production within China and more recently for services within India, has been the engine of spectacular growth. Wealth generated from outsourcing has played a significant part in fuelling the stunning rise of the worlds largest and fastest growing middle classes in history, in turn sparking the retail revolution, requiring IT to tap the full potential of more than two billion consumers. Now, retailers in these regions are more than ever using IT to secure sustained growth. They are quickly learning that IT systems can enhance their business with benefits like operations integration, real-time data, inventory and merchandising management and reductions in processing and warehousing costs.

As more and more companies enter this sector and rapidly expand their operations, the retail sector will witness robust expansion in IT takeup, with IT revenue expected to grow at a CAGR of 44 percent and 29 percent from 2006 to 2010 in India and China respectively, according to new data from Springboard Research. Springboards extensive research among almost 300 IT decision makers at the major retail companies in India and China sheds new light on the transformative power of IT in retail.

IT Revenues in the India retail industry are set to explode with IT revenue expected to grow at a CAGR of 44% from 2006 to 2010. In 2006, the Indian retail IT market was US$253 million, and it is expected to quadruple to US$1.07 billion by 2010. China on the other hand is already a much larger market and while not growing at the same rate as India, it will still be roughly three times the size of the Indian market by 2010 with the IT market opportunity in the Chinese retail segment expected to expand at a CAGR of 29% from 2006 to 2010. The retail IT market in 2006 was US$1.13 billion and is expected to reach US$3.1 billion in 2010.

What Is Driving IT Investment?

There are both common and unique trends driving IT investment in each market. IT investments in the retail industry in India are very much motivated to gain new market opportunities. As the current economic boom in India spreads to Tier II and Tier III cities and towns, reaching potential consumers in these cities is high on the agenda of most retail companies. Retail sector players consider a direct presence in these areas as key to continued growth and profitability. In addition, international retail giants are investing in the Indian retail segment aggressively, and Indian conglomerates are entering the market with ambitious plans. This drive to address new market opportunities and the pivotal role technology plays in these strategies is the key driver for IT revenue growth in the Indian retail industry.

Reaching new markets in China is also a strategic focus, but we are also seeing that competition is driving a lot of the IT investments among retail firms. As the market continues to boom and more and more players join the industry, smaller retailers in China are ramping up their IT infrastructure to stay competitive along with the foreign multinationals.

In India, SAP leads the IT Solutions landscape, but the market remains open to multiple suppliers. SAP was mentioned most frequently as the primary external influencer by retailers (27%), followed by Microsoft (14%). Local vendors (19%) also have a significant presence, boosted by their focus on customised solutions which has helped them create a niche for themselves in the retail market. Through end-user targeted research, Springboard found that Indian retailers are looking for IT vendors based on their strong service and support (listed by 22% as the primary reason for vendor selection) followed by good prices (listed by 17% of respondents). The next three factors were domain knowledge of solutions, the clients

business and the retail industry.

A key finding from this study is that in China, local vendors have a significant presence in the market for retail IT solutions. Only two multinational vendors - Microsoft (26%) and IBM (19%) have a presence bigger than those of the leading local players. Another significant difference in China is that strength in the retail industry is cited as the primary selection factor with a 37% share of respondents in comparison with only 12% in India.

In both countries we found that retailers are aggressively adopting ERP to help tie together their operations and to help them expand geographically more efficiently. In India, Springboard Research data shows that the majority of retail companies have invested significantly in enterprise resource planning (ERP) solutions. Of the 149 retail companies that Springboard Research interviewed for this report, 35% said they have deployed ERP as the largest component of their IT solution. This underscores the industrys need for streamlining back-end operations affected by the fast-growth of retailers. ERP is also projected to be the application of the future with 38% of the retailers stating that they will be investing in ERP solutions during the next 12 months.

While online retail, or e-tailing, is at a nascent stage of deployment in India, it is on the agenda of a significant number of retailers, especially the big ones. These retailers see digital storefronts as a complement to their offline business. Investment in e-commerce during the next 12 months is planned by 16% of the respondents. China has similar dynamics as our research shows that the majority of retail companies have invested significantly in E-commerce and ERP solutions. Of the 140 retail companies that Springboard Research interviewed for this report, 20% said they have deployed e-commerce and ERP respectively as the largest component of their IT solutions. This underlines the expectation of Chinese retailers that E-commerce will experience exponential growth in the days to come. They also realise that there is a need for streamlining back-end operations in order to sustain fast growth.

After E-commerce and ERP solutions, Chinese retailers appear focused on managing customer relationships and supply chain management. While many of them have already made significant investments in CRM solutions, a good number of them have also prioritised it for future investments. An interesting observation in China was that the majority of the retailers claimed that managing or upgrading their IT infrastructure and lack of technical manpower were the two largest IT pain points affecting them. 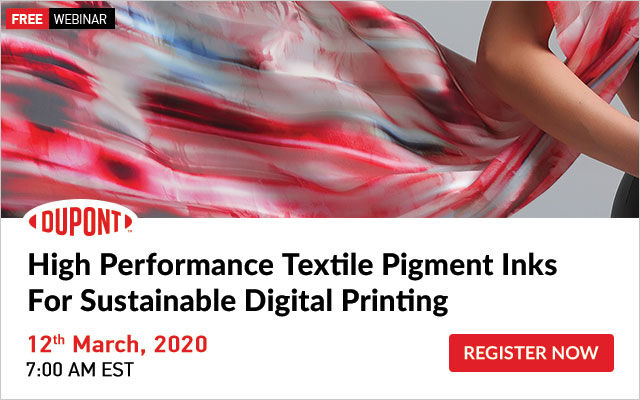