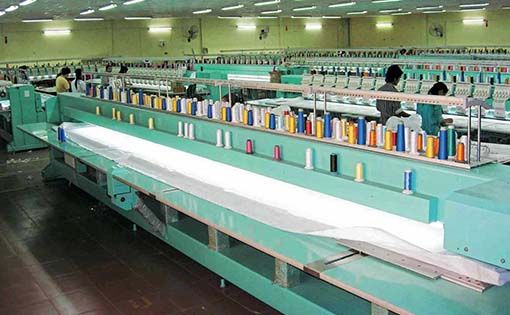 Technology is the key enabler for rapid growth of the textile engineering industry. Efforts should therefore be directed towards technical upgradation of the textile engineering industry, technology transfer, re-engineering, promotion of joint ventures, BPO and R&D efforts. Technology and brand play the most vital role in the decision of a customer to buy a machine. The other parameter, viz., productivity together with consistency of quality would be concomitant with technology. Factors like energy conservation, eco-friendliness, reduction in labour cost, facility of operation and services would influence demand.

The willingness of foreign manufacturers to transfer technology, continuity of transfer, and cost of transfer are aspects to be considered while procuring new technology. In the regimented system prior to 1992, the Indian Textile Engineering Industry was abjectly dependent on borrowed technology. Consequently collaborations and joint ventures in India were largely influenced by the initiatives of the foreign companies. Very often the technology offered was one or two generations behind the latest technology available with the foreign collaborators. So long as the Indian textile industry was enjoying a protected domestic marked it could carry on with such second generation technology. With the opening up of the economy the situation has undergone a rapid change.

The transfer of technology to the TEl after the dismantling of the control regime has been impacted adversely by the following factors:

In the first place, foreign collaborators have sought management control before technology transfer could be considered. Secondly, many Indian buyers found it difficult to infuse considerable fresh capital to absorb latest innovations and designs. Thirdly, because of the strident and sudden scaling down of customs tariff the foreign suppliers found it more lucrative to export machinery from their parent plant than to allow local producers to meet the domestic demand. Lastly, the volatile demand situation for textile machinery and accessories has come in the way of procuring new technology.

The foreign owners of new technology have therefore to be induced with fresh incentives. The primary bait for technology sellers would be royalty payment and large dissemination of technology on a continuous basis. Government has to be a prime mover of this initiative by offering tax breaks to the technology buyer to help royalty remittances. Tax relieves may also be offered on raw materials and other inputs which go into the manufacture of new technology machines by the domestic manufacturers.

How to obtain Technology

A combination of routes has to be vigorously pursued to obtain the latest technology for the rapid progress of the Indian Textile Engineering Industry. These include:

Since a large number of knitting machines of latest technology are being imported from Taiwan it would be advantageous to examine the feasibility of procuring such technology for the growing knitting industry. Access to new technology could also be explored with countries like the U.S.A., Italy, Japan, Korea and Taiwan.

b)    Proposals for the establishment of latest looms have to be explored. With the altered perspective of countries like Italy, Germany, Switzerland, USA and Japan towards Indian economy, it would be worthwhile to seek collaborations with the textile machinery makers of those countries to hollow out their operations to India, particularly in the weaving and processing sectors. Countries like Korea, Taiwan and Japan have developed electronics in a big way and efforts to procure the technology should be promoted.

c)    Technology transfer may be encouraged through reengineering. Countries like Japan, China, Korea and Taiwan have benefited greatly by resorting to retrofit. India is currently importing a large quantity of used machinery, some of them with improved technology. An institutional arrangement could be set up to re-engineer and disseminate imported technology through a nodal agency.

d)    We may explore the feasibility of attracting textile machinery units in Europe and other developed countries to relocate their manufacturing plants in India. Since the textile industry has gravitated to the East, the machinery makers in Germany, Switzerland, Italy, Spain etc. may be interested to shift their operations nearer to the market.

e)    Several manufacturing units from abroad are either already procuring or planning to outsource manufacturing to India in the coming years. The process can be accelerated if infrastructural facilities, power availability and plant efficiency are enhanced to global standards.

In the textile engineering sector, technology changes fast, every 5 years. The long term solution to technology change is the strengthening and expansion of research and development in this field.

The Indian textile engineering industry has established a Research & Development Centre at lIT, Powai, Mumbai which is functioning for the last 10 years. This centre has to be strengthened through support measures to make it vibrant to trigger textile engineering technology in the quickest phase of time.

There are several other research organizations, R&D units and textile technology institutes functioning in different parts of the country. These should be given encouragement to promote innovation, design, technology and research in textile machinery. There are a number of in-house R&D set up in many textile machinery units. It is important that these efforts are stimulated by offering tax breaks in the form of accelerated allowable expenses. Similarly TIFAC Schemes should be made more attractive by offering grants, larger concessions in interest rates and repayment terms.

India has the potential to emerge as the manufacturing hub of the world if the basic advantages are fully exploited. The old concept of joint ventures and collaborators may not be attractive to the foreign manufacturers. We have therefore to think afresh and offer mergers and accusations to get the new technology into India. This can be ensured if proper encouragement is given to the local textile engineering units to locate and transfer technology at affordable cost. Government should come forward with measures to support such efforts.

The other alternative is for foreign direct investments to be attracted in the textile engineering sector. At present import of machinery is of the order of about Rs.7000 crores per year. Most of the machines manufactured abroad are more expensive but the new technology offered by the foreign manufacturers induces the Indian textile industry to go for the same. If foreign direct investment can take place in the Indian economy to manufacture such machines, the cost will be cheaper, services better and delivery will be in time. It is therefore in our interest to offer inducements to the foreign manufacturers to establish or shift their plants to India as a long term measure.

The textile engineering industry expects to reach a production level of about Rs.10000 crores in a period of 5 years. This effort can be accelerated if the technology gaps in the weaving, finishing, knitting and other sectors are met through either mergers or acquisitions to get new technology or through foreign direct investment.

The author is the Vice Chairman of India ITME Society.