Home / Knowledge / Article / Technology / Green IT: IT is not green and never ever will be!

Green IT: IT is not green and never ever will be! 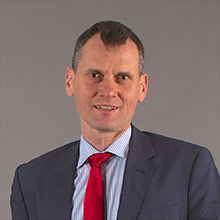 Time and again, talk of green IT is dismissed as hype. This view is due to the fact that the term may easily be misinterpreted. However, regardless of these squabbles, the topics green IT actually addresses are so relevant for society that action has to be taken not only by those in charge of IT, but even more so by company strategists and government decision makers. Even though information technology is not green and never ever will be, green IT is anything but a short-term hype!

Major IT fairs such as Symposium/ITxpo in Cannes, SYSTEMS in Munich and CeBIT in Hannover have already repeatedly declared Green IT their top issue in the last few years. This year, the "Green IT Village" of CeBIT 2008 is to expand into "Green IT World". With this new name, the further increase in exhibition space and additional green IT keynote themes, the CeBIT board wants to underscore the importance of the issue. The drive for green IT will thus be receiving even greater emphasis.

The author is working as Senior Economist at Deutsche Bank Research since 2000. His main responsibilities are the economic analysis of structural changes caused by innovative information and communications technologies. Before moving to Deutsche Bank, Dr. Heng worked in a Research Group of Deutsche Forschungsgemeinschaft (German Research Foundation). He was awarded a doctorate by the University of Mannheim in 2000 for his thesis about the economic impacts of road traffic in Germany. Dr. Heng is the author of several studies and essays. Amongst others he is affiliated as referee to the International Telecommunications Society (ITS), and as Young Leader to the Atlantic Bridge association.