Labour Reforms: Some Gain, Some Pain 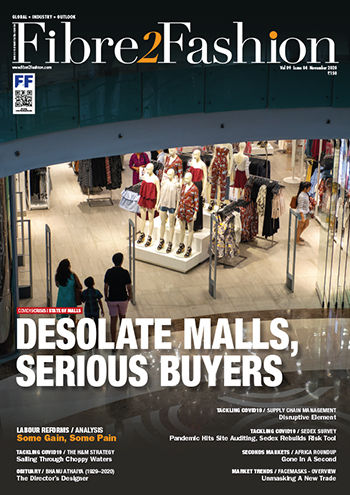 The Indian government has made considerable changes to its labour laws and simplified a number of processes. However, the textiles, clothing, leather and footwear sectors will still need to do some tightrope walking, writes Akshay Sinha

In September, the Indian Parliament finally approved the government’s three labour codes, part of Prime Minister Narendra Modi’s long-promised labour law reform package that consolidates and simplifies India’s myriad labour laws at the Central and state levels. The reforms are designed to attract more investment and build India into a manufacturing powerhouse and no doubt those will be a boost for the Indian economy. Yet, the package may also result in significant challenges for Indian enterprises, particularly for textiles, clothing and footwear exporters, and both the government and exporters need to recognise this and take steps to avoid any unforeseen outcomes.

The Indian textiles, clothing, leather and footwear sectors, collectively known as the TCLF sector, are priority sectors under the government’s Make in India initiative. The government hopes that comprehensive industrial reforms, including labour reform, will enable these labour-intensive industries to develop large capacities and economies of scale, translating into millions of poverty-alleviating jobs for marginalised sections of the population.

A major roadblock to building scale in the TCLF sector is (or was) the country’s labour law architecture—an opaque web of hundreds of labour laws at both Central and state levels, characterised by weak monitoring and enforcement at the local level. This convoluted system ended up discouraging employers from hiring permanent workers in order to reduce their exposure to a burdensome labour regulatory regime; according to the Economic Survey 2020, just over 20 per cent of India’s workers are formalised and therefore protected under existing labour laws. Consequently, neither does the system protect workers from exploitative employers, nor does it facilitate growth of scale for businesses.

Recognising this gap, union labour minister Santosh Gangwar has led an effort over the past six years to subsume the existing legal patchwork into four central labour codes covering: minimum wages; industrial relations (IR); occupational safety and health (OSH); and social security. The code on minimum wages, was passed by Parliament in 2019 and the government is now finalising new minimum wage rules in accordance with the new legislation.

The other three codes went through a longer review process by the Parliamentary Standing Committee on Labour, led by Biju Janata Dal (BJD) MP Bhartruhari Mahtab, which recommended several modifications, almost three-fourth of which were accepted by the government, according to Gangwar in Parliament. While this process was under way, several states (last count fifteen according to Gangwar) controversially proposed to suspend existing labour requirements to boost industries suffering from the covid-19 pandemic, but the Central government paused these efforts to focus on passage of the remaining three codes. 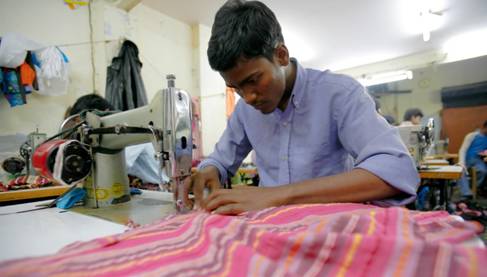 The four codes, which were drafted over several rounds of consultation with both union and employer representatives, craft a good balance between worker rights and ease of doing business. The existing multiplicity of adjudication forums has been reduced to two—a conciliation officer and an industrial tribunal. The move to “one labour return, one license, and one registration” will considerably simplify compliance requirements for employers, while allowing more small and medium enterprises flexibility in layoffs, retrenchments, and closures will encourage more permanent employment.

For workers, the codes remove working restrictions on women and by law requires an employer to recognise multiple unions within an establishment. Importantly, the four codes explicitly cover the unorganised sector and mandate the government to create benefit schemes and protections for inter-state migrant workers, gig workers, casual workers, etc, thus bringing all these workers under the ambit of labour laws for the first time ever.

While TCLF exporters will rightfully welcome the reforms, they would do well to understand that the proposed changes may also have unforeseen and potentially harmful consequences. The labour reforms will face considerable domestic and international criticism from union and civil society groups, which will likely cause Indian companies’ international customers and partners to equivocate in their support for the reform, if not oppose it outright. It may also turn off some foreign investors, affecting incoming investment into the country.

The labour-intensive TCLF sector will particularly be caught in the middle. Just look at what happened earlier in June when the state governments announced their labour law exemptions. Predictably, the amendments resulted in a storm of criticism from domestic unions. International unions and labour rights groups followed suit. The ILO, heavily influenced by union groups, appealed to Modi to halt the amendments, arguing that union groups had not been “consulted” by the state governments before making the decisions, in contravention of India’s ILO commitments. Even industry groups and several major brands and retailers in the United States and Europe, including Adidas, Eileen Fisher, Esprit, Lacoste, Primark, and Hugo Boss, wrote letters to Modi opposing the changes made by the states.

Indeed, central union federations have already begun protesting against the new codes, starting with a nationwide demonstration on September 23. The government may have hoped to blunt much of this opposition by pointing to the consultations it undertook with unions and other stakeholders during the drafting of the codes, but to no avail. Global federations and labour rights groups are also opposing the changes and it is only a matter of time before the ILO weighs in.

Moreover, the new labour codes will allow the states to enact many of the same changes that they made earlier in the year that were eventually paused by the Central government. For example, the new IR code exempts factories with less than 300 employees from requiring prior government permission before retrenching employees or closing shop, and further allows the states to raise this threshold and exempt a much wider basket of companies from adhering to these requirements. Under the existing Industrial Disputes (ID) Act, this threshold is fixed at 100 employees and states need Central approval before it can be raised. The objective of the Central government in the new reform package is to provide the states with the flexibility to tailor labour requirements to the specific needs of the state and its industries and encourage “competitive federalism” i.e. constructive competition between states in attracting investment and generating jobs.

Consequently, keeping in mind their opposition to the states’ proposed changes earlier in the year and potentially anything else perceived as “pro-employer”, unions and civil society organisations will continue to oppose the new labour codes tooth and nail. Their international partners will clearly support these efforts and mobilise opposition to the new labour codes in many global forums and organisations, including at the ILO. And as we saw earlier in the summer, this international outcry can influence several international apparel and footwear brands to equivocate in their support of the reforms, if not outright oppose them, putting their Indian suppliers in a catch-22 situation. In addition, they could also make global investors reluctant to invest in Indian manufacturing, which would defeat the very purpose of the reforms. 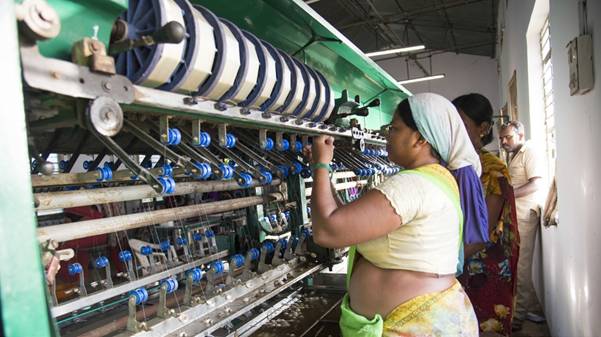 Therefore, it is imperative for the government and the private sector to not only ensure the reforms are implemented smoothly, but that they also defend the reforms against global opprobrium and ensure India remains attractive to foreign customers and investors. For Indian TCLF exporters, who already face accusations from unions and civil society organisations of exploiting their workers, they must ensure that the new reforms do not put them on opposing sides of such a critical issue with their buyers or they might end up losing the buyers outright.

If major international brands and retailers take a public position against the new labour codes, their local suppliers (Indian TCLF exporters) will be caught in a major bind. TCLF exporters will come under pressure from their international buyers to oppose major parts of the labour law reform, or at least work to have it modified to blunt global opposition and make it publicly acceptable. Letting the controversy fester would only discourage international brands from sourcing in India. This will be a very challenging tightrope to balance.

Both the government and TCLF exporters therefore need to recognise the oncoming danger and take proactive action accordingly. The reforms must not just be implemented, they must also be marketed. The government, for its part, must deploy its officials to talk up the reforms and promote India as a manufacturing powerhouse in various global forums, including multilateral institutions, international summits, conferences, etc.

The TCLF sector must also step up its own engagement with international buyers. TCLF exporters will have to explain to their buyers how the new labour codes will encourage them to scale up and increase TCLF exports from India. They must clearly articulate how the reforms will boost productivity and potentially lower costs while allowing both the employer and the worker to gain.

This is the opportune time to undertake such an effort as global brands and retailers are under severe pressure to relocate supply chains out of China and are looking at India as an alternative. China’s manufacturing strength is the scale it can provide, something which no other country can match. Today India is nowhere near China in terms of scale, but it is still the only country that has a large enough workforce that can provide similar scale as China in the future. Global apparel brands and retailers are well aware of this fact and TCLF exporters should capitalise on this by convincing their international partners that the labour law reforms are necessary and will align with the brands’ own objective to develop India as a sourcing alternative to China.