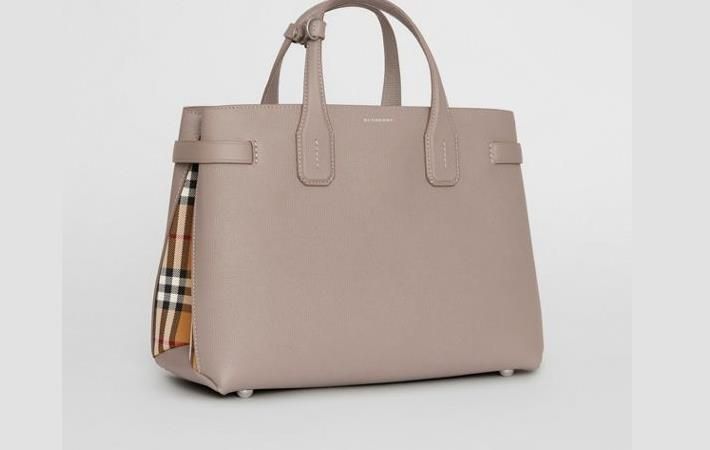 The retail comparable store sales were up 4 per cent in H1 2019 (Q1: +4 per cent; Q2: +5 per cent) with new collections growing strong double digits, offset by a softer performance of replenishment product lines.

However, sales for Hong Kong declined in double digits and EMEIA grew by a mid-single digit percentage.

The UK sales grew high single digits and Continental Europe grew mid-single digits. The Middle East returned to growth in Q2 but was negative in the half overall.

The sales in Americas grew by a low-single digit percentage. The US grew low-single digits with a consistent performance across quarters, whilst Canada and Brazil saw improved trends in Q2.

FY 2020 is the second year of Burberry’s multi-year plan to transform itself. The focus of the company in this first phase was on re-energising its brand and aligning its distribution to its new positioning in luxury fashion as well as establishing a new product offering. Against these objectives, it made good progress in the half as it increased the availability of products designed by Riccardo Tisci and continued to evolve its retail and wholesale network.

In the first half, the mainline stores of Burberry benefited from a meaningful proportion of new product. The new product delivered strong double-digit percentage growth compared to equivalent collections in the prior year, with growth in all regions. The response was also strong in luxury wholesale doors. At the end of the period, new product comprised around 70 per cent of the assortment in Burberry’s mainline stores, including a more comprehensive leather goods range.

“We are pleased with our performance in the half, as we remain on track to deliver the first phase of our strategy. New product now represents a high proportion of our assortment and the customer response has been positive delivering strong double-digit growth. We also continued to strengthen momentum around our brand and transform our distribution. We delivered financial results in line with guidance despite the decline in Hong Kong and we confirm our outlook for FY 2020,” said Marco Gobbetti, chief executive officer of Burberry Group.

“We also strengthened brand momentum. In H1, our social first approach drove double digit year-on-year growth in our reach, engagement rate and followers across both Instagram and WeChat. We also continued to localise our China communications. For example, we delivered a dedicated campaign to celebrate Qixi Jie, an equivalent of Valentine’s Day in China, which resulted in over 200 million views across local social media platforms and contributed to strong double digit quarter-on-quarter growth in our WeChat engagement rate in Q2, said Burberry in a press release.

Social media and store experiences are playing an increasingly important role in inspiring luxury consumers and the customer journey between these touch points is becoming more fluid. Responding to this, we have entered into an exclusive partnership with Tencent to develop social retail in China. Together we will pioneer a concept that blends social media and retail, creating digital and physical spaces for engaged communities to interact, share and shop. This partnership will begin with Burberry opening a social retail store in Shenzhen, China in the first half of next year, powered by Tencent technology.

More widely in distribution, as planned, we continued to transform our network. In retail, we now have at least one creatively aligned store in each major city globally and a cumulative 15 of the smaller, nonstrategic stores previously announced for rationalisation, have now been closed. In wholesale, we continued to rationalise space in non-luxury doors in the US and EMEIA and we remain on track for the closures in the US to be largely completed by the end of the financial year.

Finally, we continued to lead the way in building a more sustainable future for luxury fashion. We achieved our highest ever score on the Dow Jones Sustainability Index. We innovated with raw materials, introducing Econyl, a nylon yarn made from regenerated fishing nets, fabric scraps and industrial plastic, into men’s and women’s outerwear and bags. And we were a founding signatory of The Fashion Pact, a global alliance between 56 of the world’s leading fashion companies to limit global warming, protect the world’s oceans and restore biodiversity.”

Whilst mindful of the global economic uncertainty, Burberry maintains its FY 2020 guidance of broadly stable revenue and pro forma adjusted operating margin at CER including the delivery of £120 million cumulative cost savings. As previously guided, in H2, it expects full price sales to benefit from new product. However, this will be partially offset by reduced markdown inventory available for sale and it also expect sales in Hong Kong to remain under pressure.