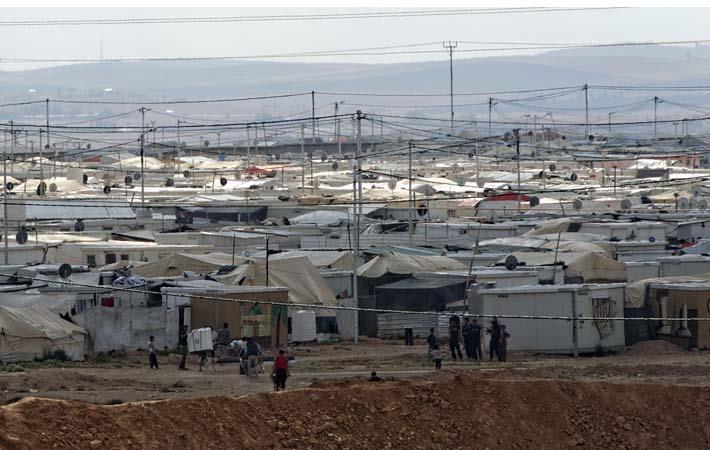 Courtesy: Better Work
A new garment sector alliance in Jordan aims to create economic opportunities in the country, improve the lives of refugees caught up in the Syrian crisis and help their host countries. The initiative, led by partners from the international community, was first set in motion at last year's Supporting Syria and the Region conference in London.
The Jordan Garment Sector Alliance, backed by the World Bank Group, has been formed by various partners including the International Labour Organisation, Better Work Jordan, the Jordan Investment Commission, the Jordan Industrial Estates Company, the Jordan Garments, Accessories, and Textiles Exporters' Association (JGATE) and the Jordan Chamber of Industry and Trade.
These partners have come together to design effective programmes that translate the policies contained in the Jordan Compact - the conference's final document - into practice. Jordan had agreed to implement ambitious measures aimed at creating 200,000 jobs over the coming years.
The country currently has more than 650,000 Syrian refugees registered with the United Nations' refugee agency, 80 per cent of whom live in host communities. The number could be higher since a recent census showed some 1.3 million Syrians living in the country.
The garment industry is seen as one of the sectors that can absorb both refugees and the local workforce since it is labour-intensive with more than half of its 70,000 workers from abroad, mostly from South and South-East Asia.
Jordan's $1.6 billion apparel industry accounts for some 20 per cent of the country's exports, said JGATE chairman Husam Saleh at a recent alliance meeting, stressing that the industry had registered a six per cent increase in apparel exports year-on-year.
Opportunities arising from the recent trade agreements that allow Jordan to export products to Europe tariff free, for a ten-year period, are also expected to give an employment boost to the sector.
Deputy secretary general for technical affairs at the ministry of labour Haitham Khasawneh said, "The garment industry is one of the sectors that can create jobs for Syrians as well as Jordanians. We have already created new jobs in the country's rural areas. Other sectors don't generate as many jobs as this sector does."
Still, challenges have emerged when trying to attract Syrians to the sector. The Jordan Garment Sector Alliance must ensure consolidation of the garment sector through advocacy, growth of local employment and an increase in compliance, and also now play a crucial role in helping to bring a new refugee workforce to the industry.
"The idea is to try to create a programme where all different partners get together to create opportunities for both Jordanians and refugees. We need to work not only on matching the Jordanian suppliers with global purchasers, and on coordinating market actors, but also on labour market connectivity, to make sure both the Jordanians and the Syrian refugees understand what it is like to work in a garment factory, in order to attract them to join it," said Benjamin Herzberg, programme Lead at the Equitable Growth, Finance and Institutions vice-presidency of the World Bank Group. (SV)