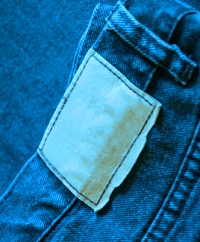 Jesus Jeans, an Italy-based denim company has sent legal notices to American manufacturers selling clothes under the name of Jesus, on the grounds of trademark issues.
In 2007, the Italian jeans manufacturer, owned by Turin’s publicly traded company BasicNet SpA, secured exclusive rights in America to use the name of Christianity's central figure “Jesus” as a trademark for its clothing and sportswear brand.
The company is now actively protecting its patented brand name from other apparel makers, such as ‘Jesus Surfed’ and ‘Jesus UP’.
Although the Italian company was able to get its trademark “Jesus” registered after eight years in the US, its attempts to trademark the same had been turned down in  several countries, including China, Australia, Turkey, Cuba, Tajikistan, Switzerland, Norway and Uzbekistan, a Wall Street Journal reported said quoting Mr. Domenico Sindico, the general counsel for intellectual property at BasicNet.
While the UK patent office rejected the application to register “Jesus” as a trademark, the same was accepted by the European Union as a ‘Community Trademark’, which is valid across the EU.
Originally launched by an Italian entrepreneur named Maurizio Vitale in the 1980s, Jesus Jeans specializes in jackets, vests, shirts, pants and belts.