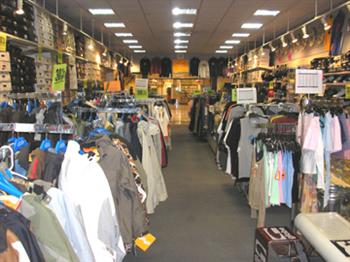 The number of outlets shutdown by various retail chains, including apparel retail chains, in the UK increased to an average of 20 shops a day, says an analysis by PwC and the Local Data Company (LDC).
The survey, conducted in 500 town centres across the UK, found that the spate of closure of retail outlets in Britain increased during the last quarter of 2012, when many household names went into administration.
In the whole year, a total of 7,337 stores owned by retail chains closed in the UK, compared to opening of 5,558 new ones, a decline of 1,779 outlets, a 10-fold increase over the previous year.
Womenswear stores and general clothing stores were among the top categories of outlets to be shutdown during the year. While there were 175 less women’s apparel shops at the end of the year, the number of general clothing stores decreased by 120.
Analysis of the three months between December 2012 and February 2013 shows that the potential rate of closures – principally through administrations – would accelerate to 28 per day for this period, the PwC statement said.
The highest number of net closures was in the southeast of England, where 1,278 new store openings were reported compared to closure of 1,654 outlets, the survey said.
Mike Jervis, insolvency partner and retail specialist at PwC, attributes the closures to “too many stores and too little multi-channel activity.” He expects the downward trend to become even worse in 2013.
Christine Cross, chief retail adviser to PwC said there is still a need for retailers to address cyclical cost increases and, even more, structural changes in ways of doing business.
This is the age of the total retail experience and it demands a very different operating model to be successful, the statement adds.