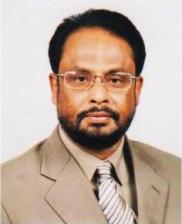 Mr. GM Quader
More than 940 readymade garment (RMG) factories in Bangladesh, which have been declared as defective and risky, have been asked to quickly get the faults repaired, Commerce Minister of Bangladesh, Ghulam Mohammed Quader, has said.
Speaking to the press after a meeting with the Social Compliance Forum of Bangladesh, Mr. Quader said the Fire Service and Civil Defence Directorate and the Ministry of Labour have identified 943 factories as risky after visiting about 3,500 units across the country.
The identified factories will be permanently shutdown in case of any failure or defiance to follow the given deadlines, the Minister added.
Separately, at a seminar organized by the Dhaka Chamber of Commerce and Industry (DCCI), the Commerce Minister of Bangladesh announced that the Government of Bangladesh has decided in principle to sign the Trade and Investment Framework Cooperation Agreement (TIFCA) with the US.
Once signed, TICFA will provide a new legal platform for the two countries to discuss other issues related to trade, the Minister added.
There has been no pressure from the US to sign TICFA and the agreement does not have any relation to the Generalised System of Preferences (GSP) facility availed to Bangladesh, he added.
TIFCA is a trade pact which establishes a framework for expanding trade and resolving outstanding disputes between countries.