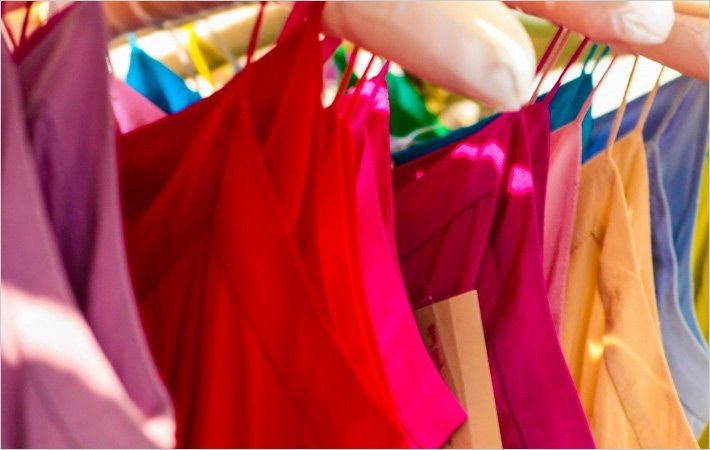 The textile and garment sector of Vietnam is aiming at total exports of US$ 28 billion to $28.5 billion in 2015, according to Vietnam National Textile and Garment Group (Vinatex).
In 2014, Vietnam’s textile and garment industry witnessed good growth in exports and they reached $24.5 billion, up nearly 16 per cent compared to 2013, Vinatex said.
The textile and garment sector is expected to benefit from several free trade agreements (FTAs) that are likely to take effect, and it aims to achieve total exports of $28 billion to $28.5 billion in 2015.
Owing to advantages accruing from the FTAs, the textile industry could double the size of production in ten years. However, textile enterprises need to be well prepared for the same.
At present, the Vietnamese textile industry is facing many difficulties and it is still too much dependent on import of raw materials.
The Government needs to promote the reform of administrative procedures, creating favourable conditions for business development, said Dang Phuong Dung, vice president and general secretary of Vinatex.
Last year, Vietnam’s garment exports showed good growth in major markets, registering a growth of 17 per cent in Europe, 12.5 per cent in the US, and 9 per cent in Japan. Besides remaining No. 2 in the US market, Vietnam rose to No. 2, just behind China, in the Japanese market in 2014.
Besides the 12-nation Trans-Pacific Partnership (TPP) agreement, which includes the US and Japan, Vietnam has either signed or in the final stages of negotiations for FTA with the EU, South Korea, and the Customs Union of Belarus, Kazakhstan and Russia. (RKS)

Vietnam and South American nations are working to form a supply chain ...

In 2021, EU exports of textile and clothing articles increased by...