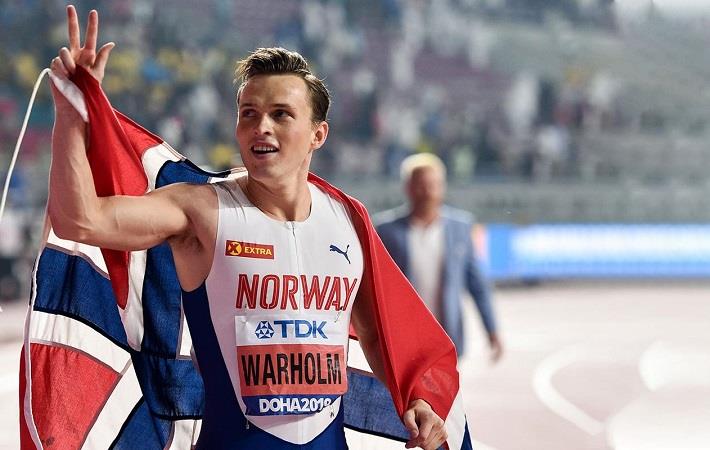 Pic: Puma
Puma, a German manufacturer of athletic footwear and apparel, posted 20.6 per cent increase in net sales to €1,479 million with double-digit growth in all regions and product divisions in Q4 FY19. Sales for complete year increased 18.4 per cent to €5,502 million. This performance has made FY19 the best year in Puma's history, company reported.
Gross margin in Q4 improved to 47.3 per cent led by small positive mix effects as well as slightly positive currency effects. Operating expenses rose 19.4 per cent to €650.6 million in Q4. The increase was reportedly caused by higher sales-related costs, including logistics costs as well as higher marketing and retail investments. Net earnings increased 55.0 per cent from €11.5 million to €17.8 million.
For full year FY19 In the EMEA (Europe, the Middle East and Africa) region, sales rose by 11.2 per cent reported to €2,001.4 million. The main growth drivers were Germany, Spain, Russia, and Turkey.
In the Americas region, sales increased by 20.6 per cent in FY19 reported to €1,944.0 million. Both North America and Latin America contributed with double-digit growth rates. Currency exchange effects for North America were reportedly positive, while especially the weakness of the Argentinian Peso led to a negative currency effect on sales for Latin America.
The Asia/Pacific region delivered the strongest sales growth of 26.0 per cent reported to €1,556.9 million. Growth in the region was mainly driven by China and India.
Sales in the footwear division in FY19 increased by 16.8 per cent reported to €2,552.5 million. The strongest growth was achieved in the sportstyle, running and training, and motorsport categories.
In the apparel division, sales increased by 22.6 per cent reported to €2,068.7 million and was also reportedly driven especially by strong growth in sportstyle, running and training as well as motorsport categories. As a result, sales in the apparel division exceeded the two billion Euro sales mark for the first time.
The accessories division showed a sales increase of 13.5 per cent reported to €881.1 million. Higher sales of legwear, bodywear and cobra golf clubs contributed to the increase.
Puma's wholesale continued to drive growth with an increase of 15 per cent. PUMA's direct-to-consumer sales (owned and operated retail stores and eCommerce) increased by 22.0 per cent to €1,395.3 million. This was reportedly driven by like-for-like sales growth in our own stores, the expansion of Puma's retail store network and a continued strong growth of their eCommerce business. Direct-to-consumer sales represented a share of 25.4 per cent of total sales in 2019 compared to 24.3 per cent in 2018.
In the outlook for full year 2020, Puma expects currency adjusted sales growth of around 10 per cent. Company has forecasted the gross profit margin to show a slight improvement compared to last year and operating expenses to increase at a slightly lower rate than sales.
Puma also reported that the corona virus has negatively impacted the business since the beginning of February. Especially in China where Puma's more than half of both own and operated and partner stores are temporarily closed due to restrictions of the local authorities. Puma expects this to have a negative impact on their total sales for the first quarter 2020.