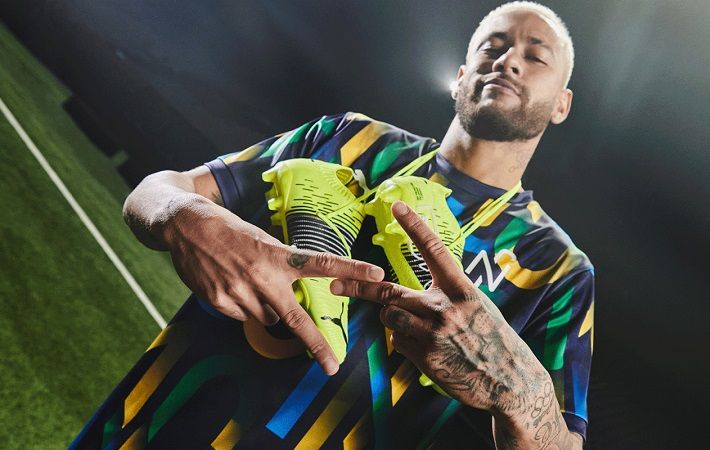 Pic: Puma
Puma, a Germany-based manufacturer of athletic and casual footwear, apparel and accessories, has reported 1.4 per cent sales decline to €5.2 billion in its full fiscal 2020 that ended on December 31, 2020, compared to the sales of €5.5 billion in the previous fiscal. Company’s net earnings during the year slipped to €123.1 million (FY19: €309.0 million).
“I am very happy that we managed to end a very difficult 2020 with considering the circumstances, a good fourth quarter. We grew our sales in the fourth quarter, despite lockdown measures, by 9 per cent to €1,520 million and our EBIT by 15 per cent to €63 million,” Bjørn Gulden, chief executive officer of Puma, said in a press release.
Gross profit for FY20 was €2.4 billion (€2.6 billion), while operating result decreased to €209.2 million (€440.2 million).
Company’s sales in all the regions dropped during 2020. EMEA (Europe, the Middle East and Africa) sales fell 0.9 per cent to €1.9 billion (€2.0 billion). Americas sales dropped 8.7 per cent to €1.7 billion (€1.9 billion). Despite growth in Greater China, Asia/ Pacific sales were down 5.2 per cent to €1.4 billion (€1.5 million).
Sales of footwear division slipped 7.2 per cent to €2.3 billion (€2.5 billion), whereas apparel sales for the year dipped 4.6 per cent to €1.9 billion (€2.0 billion).
The wholesale business in 2020 decreased 4 per cent to €3.8 billion. Puma's direct to consumer business (DTC), which includes owned and operated retail stores as well as e-commerce, increased 6.4 per cent to €1.4 billion.
“The pandemic is unfortunately still here and impacting our business. We do expect the negative impact to continue through the first and parts of the second quarter but expect to see an improvement in the second half of the year. I am convinced that 2021 will be a better year for us than 2020,” Gulden said.

Puma, a Germany-based manufacturer of athletic and casual footwear, apparel and accessories, has reported 1.4 per cent sales decline to â¬5.2 billion in its full fiscal 2020 that ended on December 31, 2020, compared to the sales of â¬5.5 billion in the previous fiscal. Company's net earnings during the year slipped to â¬123.1 million (FY19: â¬309.0 million).
More Puma AG News... More Apparel/Garments News - Germany...