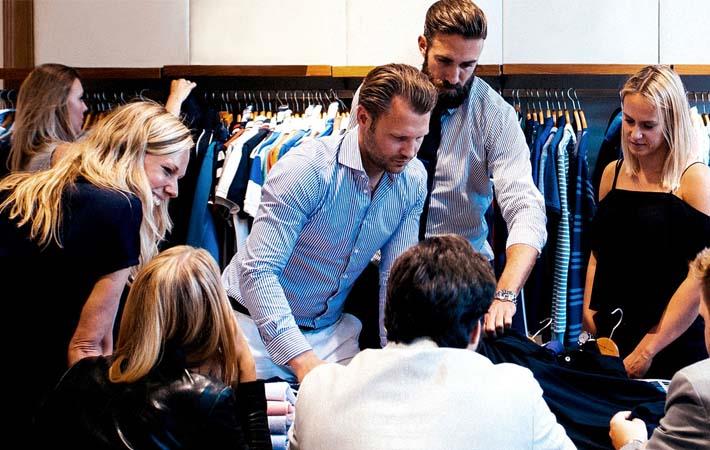 Revenue in the Calvin Klein business for the quarter decreased 6 per cent to $873 million (decreased 4 per cent on a constant currency basis) compared to the prior year period, which includes an aggregate net reduction of approximately 2 per cent resulting from (i) the winding down of the company's directly operated women's jeanswear wholesale business in the US and Canada in connection with the licensing of this business to G-III Apparel Group (ii) the closure of the Calvin Klein 205 W39 NYC brand and (iii) the addition of revenue resulting from the Australia acquisition.

Revenue in the Heritage Brands business for the quarter of $381 million was flat compared to the prior year period. Comparable store sales declined 2 per cent.

"We are pleased to report our second quarter results, which saw continued outperformance by our European businesses. However, our businesses in North America and across China experienced weak traffic trends, including the impact of protests in Hong Kong, resulting in a more promotional environment, said Emanuel Chirico, chairman and chief executive officer.

Although we are pleased with our second quarter and first half results, we have taken a conservative approach to our second half outlook. As such, we lowered our annual revenue and EPS outlook based on our current trends and our expectation that the volatility in the macro environment, the global retail landscape and the continuing escalation of the trade tensions between US and China will cause our business to remain under pressure, as will the ongoing impact of protests in Hong Kong.

We have great confidence in our diversified business model and the underlying power of Calvin Klein and Tommy Hilfiger, and believe we are positioning our businesses to succeed in the ever-changing consumer landscape. As we execute on our strategic priorities, our ongoing data and digital transformation, together with delivering the best product and consumer experience, should allow us to capture the heart of the consumer. We believe that with our two greatest assets, our people and our brands, we will unlock the long term brand growth opportunities we see and deliver sustainable long term returns for our stockholders."

The company's 2019 guidance also reflects the Australia acquisition and the TH CSAP acquisition that closed in the second quarter of 2019, and the impact of the CK Collection closure and the G-III license. These transactions are expected to result in a net addition to revenue of approximately $75 million in 2019.