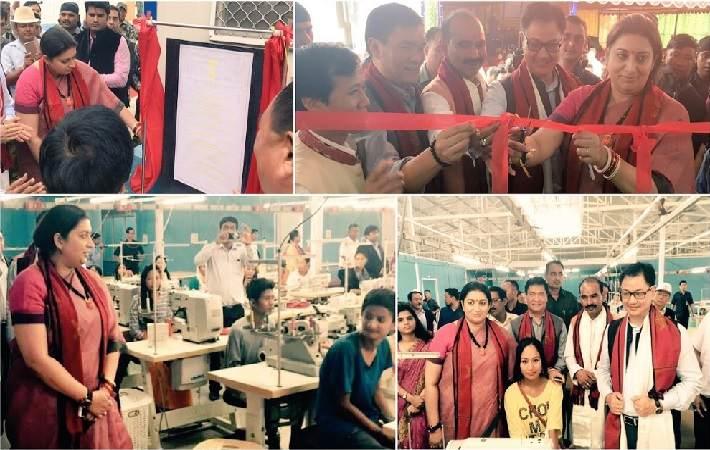 courtesy: Ministry of Textiles
The textiles sector can give a fillip to entrepreneurship and boost job creation in Arunachal Pradesh, Union textiles minister Smriti Irani has said. Stating that development of the Northeast is high on the list of priorities of the NDA government, she said the Centre will set up six more incubation centres to bring modern garment industry in the state.

The setting up of incubation centres is one of the first organised efforts of prime minister Narendra Modi under the North East Region Textile Promotion Scheme (NERTPS) of the ministry of textiles, Irani said after inaugurating an apparel and garment making centre in Pasighat, in East Siang district.

She congratulated the entrepreneurs who would be running the garment making facility, and assured them all possible support in making the units commercially viable and self-sustainable.

âI have directed my ministry to promote single window clearances and reduce paperwork to the minimum wherever possible.

âI have begun work on creating infrastructure for skills development and textile manufacturing, job creation and market linkages after recent announcement of the Rs 6,000 crore package by the Centre,â she said.

According to her handloom and handicraft products from the northeast, including Arunachal Pradesh, can have tremendous demand in national and international markets if properly channelised.

Union minister of state for home Kiren Rijiju termed the opening of the apparel and garment making centre as 'a boon for the state'. (RKS)