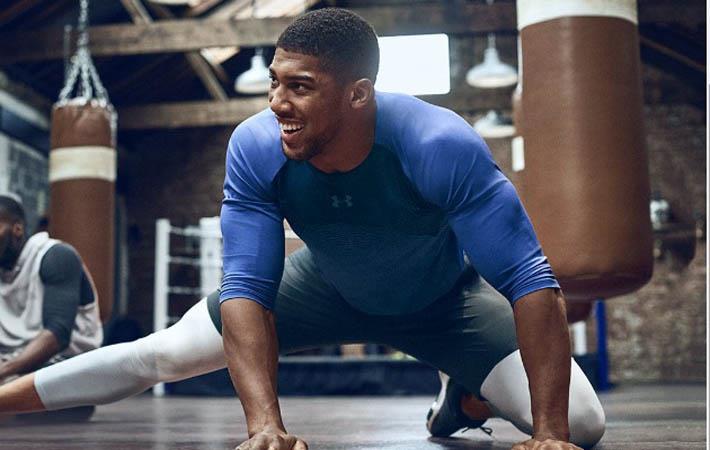 Gross margin declined to 44.2 per cent as benefits from changes in foreign currency rates were more than offset by accelerated inventory management initiatives. Adjusted gross margin, which excludes an $8 million impact related to restructuring efforts, was 44.8 per cent. The company's selling, general & administrative expenses soared 3 per cent to $515 million, or 43.4 per cent of revenue driven by continued investments in the direct-to-consumer, footwear and international businesses.

"Our first quarter results demonstrate measured progress against our focus on operational excellence and becoming a better company," said Under Armour chairman and CEO Kevin Plank. "As we continue to build our global brand by delivering innovative performance products to our athletes, amplifying our story, further strengthening our go-to-market process, and leveraging our systems to create even deeper consumer connections - we remain confident in our ability to deliver on our full year targets."

For 2018, the net revenue is expected to be up at a low single-digit percentage rate reflecting a mid-single-digit decline in North America and international growth of greater than 25 per cent. Gross margin is likely to increase approximately to 45.5 per cent due to benefits from lower planned promotional activity, product costs, channel mix and changes in foreign currency. The operating income is forecast to reach $20 million to $30 million. Excluding the impact of continued restructuring efforts, adjusted operating income is expected to be $130 million to $160 million. Interest and other expenses net are planned at approximately $45 million and capital expenditures at approximately $225 million compared with $275 million in 2017. (RR)

Jitesh Babubhai Bhagat
Bhagat Textile Engineers
Focus on Production, Efficiency & Best Quality
Martin Stenfors
Renewcell
Circulose can replace most of the MMCF made from wood pulp
Christina Dean
The R Collective
Our goal is to #EndFashionWaste
Lavanya Nalli
Nalli Group of Companies
There’s increase in demand for sarees that make a statement
Shubham Gupta
Brand - Bonkers Corner
We want to be customers’ go-to brand for all their fashion...
Meghana Goyal
Label - Summer Somewhere
Bold, abstract prints and colour blocking are very trendy
Paul Gaudio
Brand - Unless
Our mission is to eliminate plastic waste from the fashion...