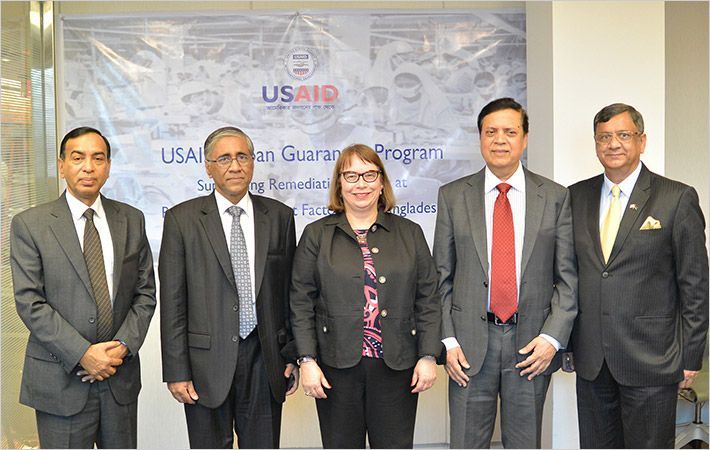 Courtesy: Troy Beckman/USAID
The United States Agency for International Development (USAID) has inked an agreement to provide $22 million for safety upgrades in the apparel factories of Bangladesh, said USAID in a press release.

The much anticipated partnership is signed for two new credit facilities between USAID and the Prime Bank Limited and United Commercial Bank for providing long-term loans specifically to small and medium sized garment suppliers in Bangladesh.

Last month, USAID signed the first agreement of providing funds worth $18 million to readymade garment manufacturers who are members of Alliance for Bangladesh Worker Safety.

The new agreement will provide additional $4 million in the form of bank loans for garment factories which are part of the Bangladesh Accord on Fire and Building Safety and the National Tripartite Plan of Action (NTPA) on Fire Safety and Structural Integrity supported by International Labour Organization (ILO).

Alliance for Bangladesh Worker Safety was formed after the factory building at Rana Plaza collapsed in April 2013. There are more than 700 factories under the scrutiny of Alliance. (HO)