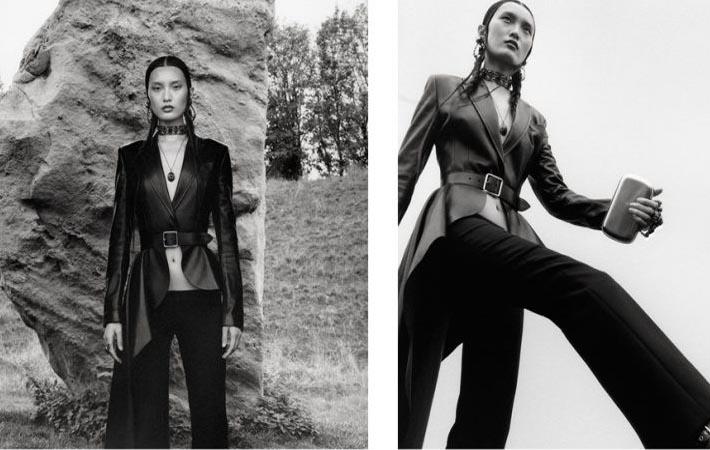 The Archive manages the work of John Daekin, the 20thcentury British photographer who captured the lives of his artist and poet friends in London’s bohemia, Soho. It will be the first online store in China that’s directly run by the house itself, rather than through a local partner, giving it full creative control over the look and feel of the site, the Pavilion said in a press release.

The Alexander McQueen brand oversees a network of 73 directly operated brick-and-mortar boutiques, as well as several franchises and specialty stores worldwide, with flagships stores due to open in Shanghai and Hong Kong in 2019, per its parent Kering Group.

"The Pavilion helps maisons and premium brands engage with China’s younger generation of consumers, delivering the same brand exclusivity and tailored shopping experience online that they would get in a brick-and-mortar store," said Sherry Lang, managing director of Tmall’s luxury division.

"We also want to help luxury brands expand their reach in smaller cities and rural areas, where purchasing power is growing, but offer limited access to luxury goods. The Pavilion is well-positioned to fill that gap," added Lang. (RR)