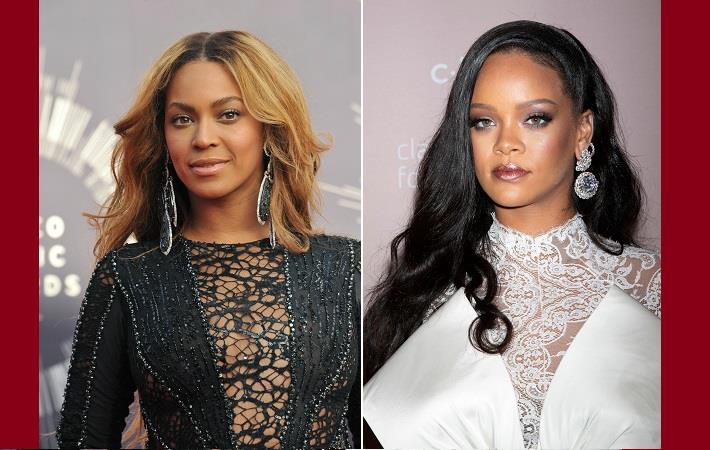 BeyoncÃ© Knowles-Carter (left) and Robyn Rihanna Fenty. Pic: Shutterstock
Robyn Rihanna Fenty and Beyoncé Knowles-Carter were the driving forces behind the most powerful fashion brand moments of the year so far, according to The Lyst Index for second quarter of 2019. Gucci has once again reclaimed number one position in the Index, and has become the world’s hottest fashion brand for the fifth time over the past two years.

In April, Beyoncé revealed that she was working with Adidas on a multi-layered partnership, co-creating new performance and lifestyle products alongside relaunching her Ivy Park athleisure brand. After she announced the collaboration on Instagram, Adidas’ social impressions grew by 61 per cent within 24 hours, global searches for Beyoncé x Adidas spiked 2,700 per cent, and Ivy Park moved 140 positions up the Index. Global searches for Adidas increased 31 per cent over the quarter, and the brand has moved 3 places up the Index into 16th position, the Index said in its quarterly ranking.

Just two weeks later, Rihanna became LVMH’s first black female designer, with the official announcement of the launch of Fenty maison, a new luxury fashion house. While Fenty’s online distribution model makes it impossible to track sales data as part of the Lyst Index formula, the brand has already generated enough social heat to make it a serious contender for the hottest brands list. In its first month of operation, the new luxury house generated more than 5,000 media articles from around the world and over 7 million social media impressions. Described by LVMH as a “luxury brand for the 21st century” that “epitomises both the spirit of Rihanna and a new approach to modern luxury,” Fenty’s inclusive take on luxury fashion has delivered major marketing impact. A cast of diverse models and influencers, “see-now-wear-now” strategy, limited-edition product drops and the pop-up boutiques in key locations have kept Fenty front of mind with media worldwide this quarter, the Index added.

Climbing back into the top spot, Gucci has once again reclaimed number one position in the Index, which ranks fashion's hottest brands and products. Despite only being responsible for 1 out of 20 products in the hottest products lists this quarter, the Italian house’s core customer base continues to grow worldwide. Gucci’s impactful brand moments of the quarter included a politically charged Cruise collection featuring embellished uteruses and new campaigns with Harry Styles, which contributed to the global success of the label.

During the April-June 2019 quarter, embracing diversity remained a key initiative for the brands in the Index, Nike debuted new body- diverse mannequins, and Dolce & Gabbana became the first luxury label to extend its sizing to a UK 22 / US 20.

Sustainability also played an important role over the three-month period. Prada joined the anti-fur movement, Burberry pledged to reduce its greenhouse gas emissions, and Adidas released a fully sustainable collection in partnership with Stella McCartney. Meanwhile, Gucci, Balenciaga and Saint Laurent all pledged to stop using models under the age of 18. (RKS)

Robyn Rihanna Fenty and BeyoncÃ© Knowles-Carter were the driving forces behind the most powerful fashion brand moments of the year so far, according to The Lyst Index for second quarter of 2019. Gucci has once again reclaimed number one position in the Index, and has become the world's hottest fashion brand for the fifth time over the past two years.
More Fashion News - Global...