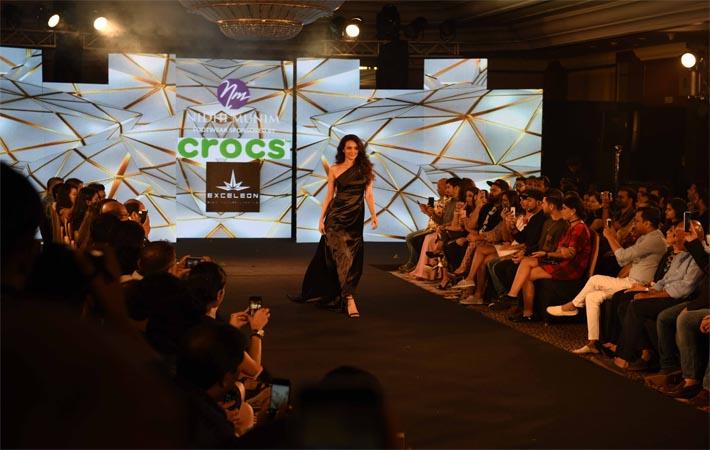 Courtesy: IIFW
The second season of India Intimate Fashion Week (IIFW), first ever fashion event dedicated to lingerie and intimate wear, is set to be bigger and grandeur than the first season held this year. The 2nd season to be held in early summer next year is a big platform for intimate apparel industry— a segment which is amongst the largest in apparel fashion.

India Intimate Fashion Week will capture and showcase all segments of the category including lingerie, loungewear, sleepwear, legwear, lingerie accessories, swimwear, beachwear, shapewear and more for both men and women. The 2nd IIFW will be opened by internationally acclaimed designer Mona Shroff. The registration of brands and designers for IIFW Season 2.0 has already begun.

"In its opening season only IIFW has gathered immense attention and appreciation from the intimate fashion industry in India & abroad with its “Boo The Taboo” move. I am really glad to be the opening designer for the 2nd season of IIFW which has really created a platform and a new hope for the Intimate wear industry in India," Mona Shroff said on her association with IIFW.

"The success of 1st season has added great confidence in everyone’s belief on IIFW in the team which seemed impossible in India initially. The 1st season of IIFW opened many doors of opportunities for brands and designers across the country as well as for the foreign players who were looking forward to explore such opportunities in India. We are getting immense response and multiple queries for season 2 of IIFW both from Indian as well as international brands and designers," Niraj Jawanjal, founder & ideator, IIFW said.

“This year we are also coming up with the prestigious India Intimate Fashion Awards which will rope in veteran industry experts in the jury to honour the stalwarts in the field of intimate, beach and sports lingerie business. We are confident that season two of India Intimate fashion week will be bigger and better with more designers and brands participating this year,” added Jawanjal.

“It gives me immense pleasure to announce the second season of IIFW after a successful completion of season one. The upcoming season of IIFW would bring in lot of innovation and new initiatives for which we are committed. After successful implementation of social media campaigns and initiatives like Boo The Taboo, The Right Cup, celebrating India Inner Confidence Day on 27th Aug on the International Lingerie Day, we will be also launching Black Magik, India’s first ever high fashion intimate & beach fashion calendar this December. In addition to that, we are also planning some unique social media campaigns focusing at breaking the mindset barrier and facilitating open conversations around the category," said Amit Pandey, media head and associate partner-IIFW said. (RR)

The global 'eTrade for All' initiative, which aims at making digital...