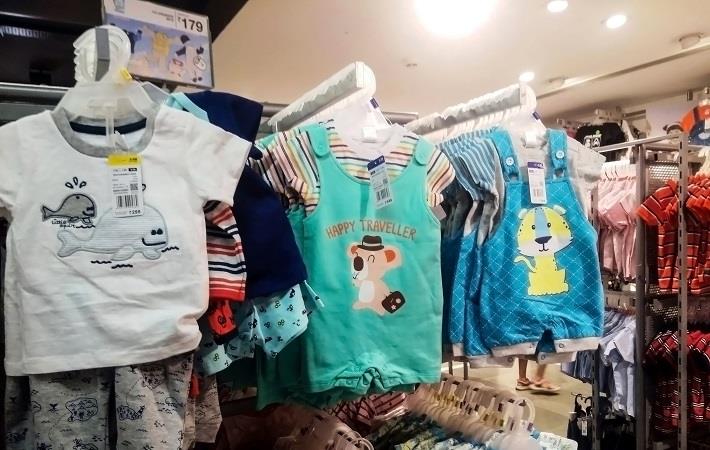 Pic: Shutterstock
India has relaxed local sourcing norms for single-brand retailers with foreign direct investment (FDI) and allowed them to sell online even before setting up brick-and-mortar stores.

The easing of sourcing norms in single brand retail trade (SBRT) by the Union Cabinet on Wednesday last will considerably alter the retail landscape in the country. Even though, under the new norms, the compulsion on single brands to open brick-and-mortar stores before venturing into online trade has been moderated, it will now be easier for them to test the waters before going the whole hog.

The SBRT announcement came along with a flurry of other decisions related to foreign direct investment (FDI). The move is being seen as an effort by the Indian government to create more employment opportunities in not just retail but also allied sectors like logistics, warehousing, cold storage and transportation at a time when job losses are being reported from various sectors.

As the official statement put it, “Easing local sourcing norms for FDI in single brand retail trading (SBRT) was announced in (the) Union Budget speech of (the) finance minister. This will lead to greater flexibility and ease of operations for SBRT entities, besides creating a level playing field for companies with higher exports in a base year. In addition, permitting online sales prior to opening of brick and mortar stores brings policy in sync with current market practices. Online sales will also lead to creation of jobs in logistics, digital payments, customer care, training and product skilling.”

Till now, 30 per cent of the value of goods had to be procured from India if the SBRT entity had an FDI component of more than 51 per cent. The restriction on local sourcing was the first to be relaxed. Henceforth, “the same can be met as an average during the first five years, and thereafter annually towards its India operations. With a view to provide greater flexibility and ease of operations to SBRT entities, it has been decided that all procurements made from India by the SBRT entity for that single brand shall be counted towards local sourcing, irrespective of whether the goods procured are sold in India or exported. Further, the current cap of considering exports for five years only is proposed to be removed, to give an impetus to exports,” the statement said.

Third, till now, only that part of the global sourcing was counted towards local sourcing requirement which was over and above the previous year’s value. Such requirement of year-on-year incremental increase in exports was inducing “aberrations” in the system as companies with lower exports in a base year or any of the subsequent years could meet the requirements, while a company with consistently high exports was “unduly discriminated” against. “It has been now decided that entire sourcing from India for global operations shall be considered towards local sourcing requirement.”

And last, under the existing policy, SBRT entities had to operate through brick-and-mortar stores before starting retail trading of the brand through ecommerce. This, the Cabinet noted, created an artificial restriction and was out of sync with current market practices. “It has therefore been decided that retail trading through online trade can also be undertaken prior to opening of brick-and-mortar stores, subject to the condition that the entity opens brick-and-mortar stores within two years from date of start of online retail. Online sales will lead to creation of jobs in logistics, digital payments, customer care, training and product skilling.”

The compulsion of first opening brick-and-mortar stores was a dissuading factor for many single/independent brands and retailers wanting to enter the booming Indian retail market. These brands will now be able to operate through an online-only model for a reasonable two-year window before having to make big-ticket investments in real estate, either on their own or through a local partner depending on the ground realities. Not only will these brands now not have to spend huge amounts as capital expenditure, the online-first model will also boost the Digital India initiative. Global brands like H&M, Zara and Gap, which have been operating in the country with Indian partners, now do not need home-grown partners to sell online.  It is, however, unlikely to sound the death knell for partnerships since global brands may not be conversant with Indian market realities.

The easing of local sourcing restrictions will benefit apparel brands considerably, many of whom in any case source big volumes from India. Since third parties will now count towards the local sourcing requirements, all fabrics and other material used by a brand can now be counted as local sourcing. The existing 30 per cent compulsion was meant to benefit home-grown small and medium companies, village and cottage industries, local artisans and craftsmen. However, home-grown apparel brands like Fabindia will now be able to easily raise foreign funds under the new contract manufacturing norms. These companies rely on third-party outsourcing, as of now.

The August 28 announcements have been welcomed by industry.

Kumar Rajagopalan, CEO of the Retailers Association of India (RAI), told a daily that over the next few years, at least 40 new international brands in various categories would make an entry.

Janne Einola, country manager for H&M India, was “delighted” at the announcement. Einola said, “H&M has been sourcing from India since the last 30 years for its international markets, it’s great to see global sourcing is now part of the 30 per cent local sourcing norms. We see this supporting the ease of doing business in India and driving in larger investments from global companies.”

The nagging sense of apprehension, according to Shobhit Agarwal, MD & CEO of Anarock Capital, will lessen. He said, “Many foreign brands have been in a wait-and-watch mode on account of the difficulties so far perceived in meeting the mandated sourcing norms. With more clarity, many of such players can now make their foray into India to tap into India’s consumption story - and to boost investments here. Also, the announcement to allow single-brand retailers to start online sales, effectively doing away with the previous condition of first setting up a mandatory brick-and-mortar store, is commendable. Massive capital is required for setting up a physical store vis-à-vis online platforms. Now, retailers can start online sales without having to open physical stores. This will significantly ease capital pressure on small retailers who are looking to start afresh.”

N Chandramouli, CEO of TRA Research, felt that the decisions will help FDI inflow from many iconic brands, who stayed away as they did not want to risk their brand or operations with equity sharing arrangements. “This is also likely to help in domestic job creation. However, the actual benefits will only be seen in the first quarter of the next financial, even if this rule gets applicable immediately. Further, many brands, like Tiffany and others, which have come under the franchise model in India, may rethink their strategy of India considering this new announcement,” he remarked.

The president of the Clothing Manufacturers Association of India (CMAI), Rahul Mehta, believed that the ease in FDI rules will provide greater flexibility to global fashion brands. This will help to improve the retail landscape of India, increase investments, and eventually employment in the country. He, however, cautioned, “This could possibly affect garment manufacturing in the country. The eased rules will provide greater liberty to brands to source globally depending mainly on the cost competitiveness. This might result in brands limiting their sourcing requirement to only 30 per cent in blocks of five years from India, including sourcing for exports. It is important that these sourcing clauses are very closely monitored to ensure that sourcing from India is continuously increasing, so as to be in sync with the Make in India drive of the government.”

Shubhranshu Pani, MD for the Retail Services & Stressed Asset Management Group (SAMG) at JLL India, said, “The success of brands such as Zara, Starbucks and other international names that are already operational here has made India’s retail sector shine at the world level. This new easing of FDI norms will give a big boost to global brands and make the India market attractive for them for further trade and investments. It would have an after-effect of also boosting exports which they can source from India to fit their product portfolio.

“Permission to trade through e-commerce is a great decision as simultaneously brands would move their omnichannel machinery to India. This would increase the market size quickly and make them reach out across India. This will result in higher business volume and growth. Single-brand retailers will now be able to start online sales before they set up brick-and-mortar stores, but will need to open these within two years. The two-year period, however, may not be enough for retailers to set up stores at prime locations.”

Ajay Agarwal, executive director at Donear Industries, outlined, “The Indian retail sector traverses many industries such as clothing / lifestyle / electronics and much more. The Cabinet’s decision has definitely given impetus to many single-brand retailers to set up owned/non-franchise stores and direct ecommerce options. With the opening up of this segment, a lot of MNCs are likely to invest in India and push forward the Digital India movement. Additionally, the eased norms have added fuel to world-known brands to benefit local sourcing too.”

Abhishek Ganguly, MD of PUMA India, contended that it will henceforth be easier to meet the 30 per cent minimum local sourcing criteria for global brands, if they are also sourcing from India for other markets. He said, “I see this as a big opportunity for apparel companies, where Indian factories have strong capabilities. This decision not only improves ease of doing business, but also promotes Make in India initiative by incentivising global sourcing from India.” (SG / WE)